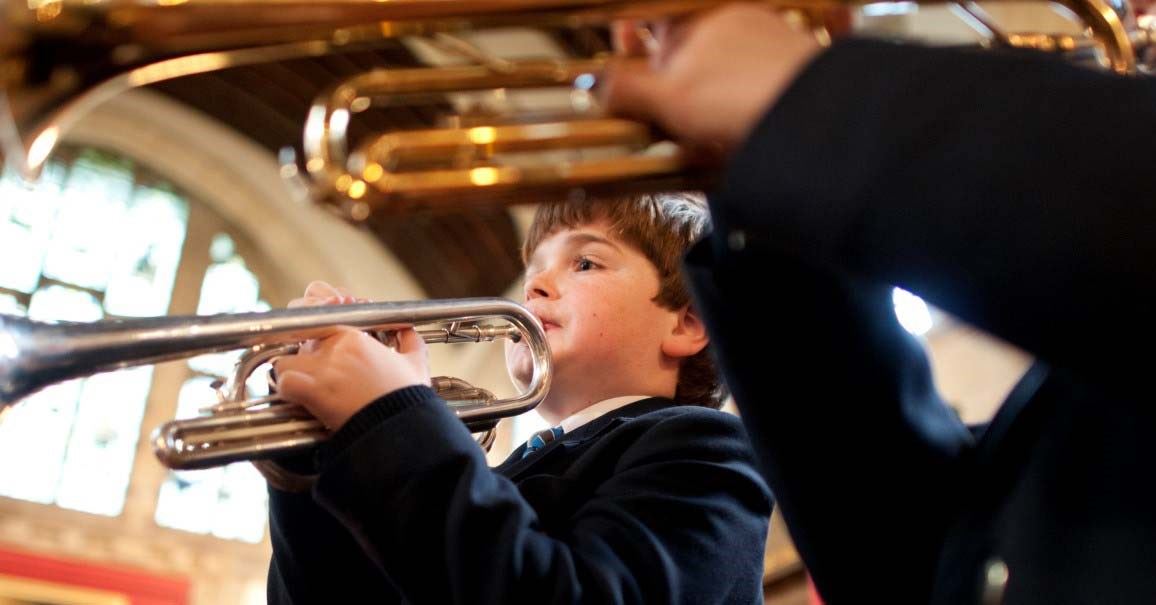 Why choose music?
The course requires study across the three traditional strands in music education: performance, composition and appraising music. A Level music is an excellent choice for students who play an instrument or sing to around grade 6 standard. As well as developing composing skills and techniques, the course includes study of music set works from a wide range of stars and traditions. Study of music can lead on to advanced study at university or a career in the music profession. Also the skills required to study music are independent learning, self-motivation, ability to be self-critical, and the ability to perform, all of which are qualities which are ideal attributes for many diverse careers from the Law to Business, as well as careers associated with the arts and humanities.

Course requirements
Students have usually achieved a grade B in GCSE music.

Related subjects at Sixth Form
Music links well with many other subjects. In studying the set works, comparisons are made with artistic works and connections are also made with literature and dramatic works which are often enhanced with music. The study of acoustics in physics and the practical and technological requirements for recording music establishes a link with other scientific subjects.

Where could this lead?
A wide range of styles are studied in this course and this can lead on to an extraordinary range of future courses, some of which emphasise the practical aspects of the subject while others concentrate on the theoretical parts. Applications for university courses are made through UCAS, while applications for courses at British conservatoires are made through CUCAS.

Further important information
Most students will have successfully followed the GCSE course, although gifted performers or composers, after consultation with staff, could be accepted without GCSE music. Students taking A Level music will be fully involved in practical music-making, so enthusiasm and dedication are essential. Studying music in the Sixth Form is invaluable for those wishing to prepare for a music diploma.