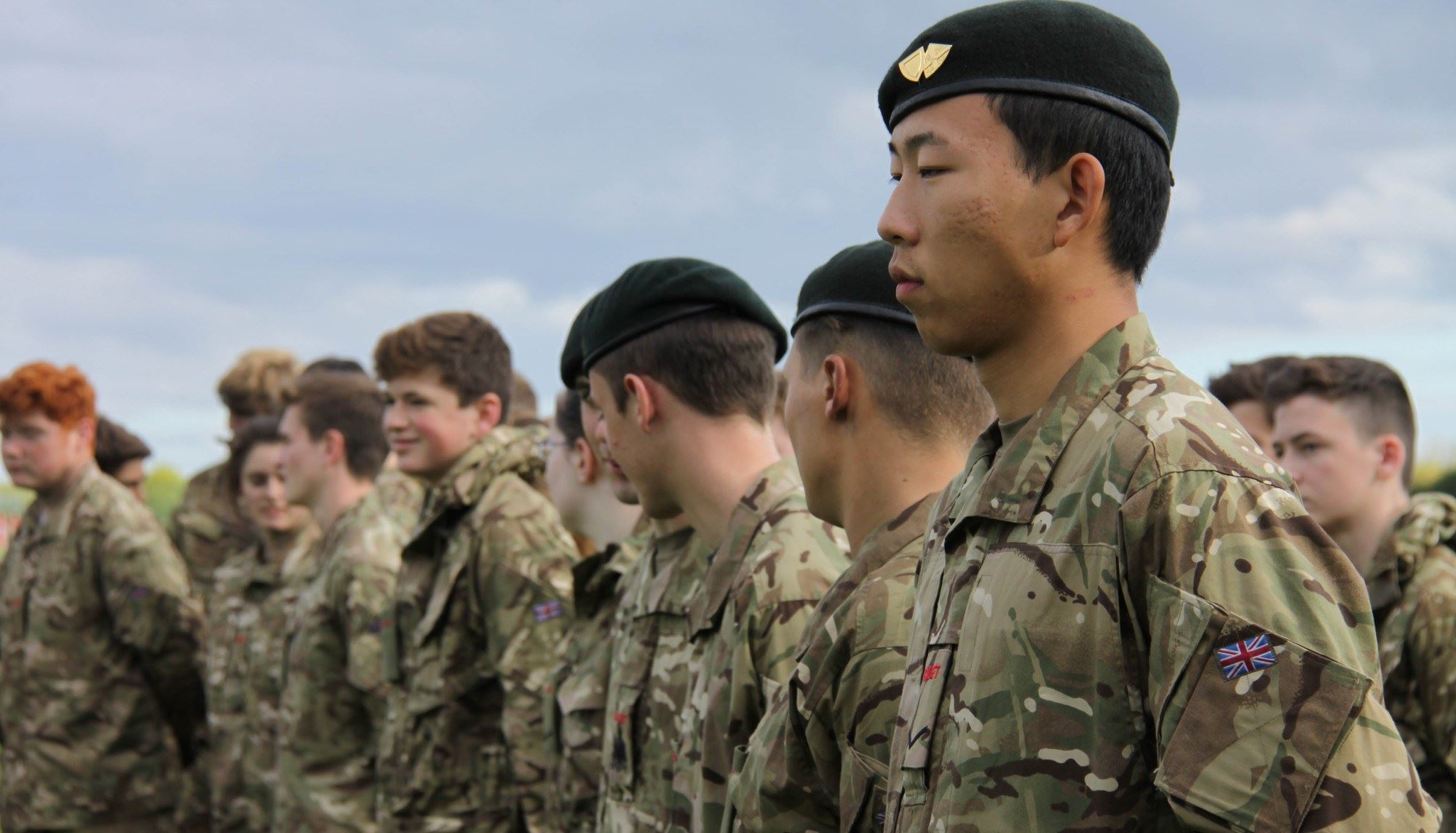 With roots stretching back to the establishment of an Officer Training Corps at school in 1909, the Combined Cadet Force has grown into one of the biggest school units in the country. Participation in our Army or RAF sections is completely voluntary but is thoroughly rewarding and immense fun. Sixth Form cadets who joined the CCF in Year 9 can continue and help run the programme as NCOs, as well as having the chance to work towards a CVQO BTEC level 2 qualification in teamwork and personal development.

CCF is a partnership between schools and the Ministry of Defence. The CCF at Barney is affiliated to the Rifles Regiment and the contingent strength is usually between 150 and 180 cadets. Drawing on aspects of military training such as first aid, navigation, marksmanship and drill, we aim to help pupils develop as young leaders and to promote qualities of teamwork, discipline, initiative, responsibility, self-reliance, resourcefulness, endurance and perseverance. The range of opportunities in which cadets can take part includes climbing, flying, gliding, camping, orienteering, canoeing, small bore and full bore shooting, mountaineering and adventure training. The CCF can also help cadets achieve the required standards to complete the Duke of Edinburgh Award. The school has its own indoor rifle range and safe marksmanship is practised each week with qualified coaches and range staff. All of our CCF officers are members of the school staff. We receive support from the cadet training teams of the regular Forces and are able to use service facilities for camps, training weekends, visits and courses.

On promotion to NCO, cadets have many opportunities to practise their leadership and development skills as they deliver lessons to the cadets each week. Cadets also benefit from presentations from military units throughout the year as well as taking part in a number of brigade competitions, including Exercise Black Rat Challenge, the cadet SAAM, the Jarvis Cup and Surtees Shield.

The RAF section runs alongside the Army section under the CCF umbrella. It offers similar training to the Army syllabus with the additional opportunities of learning to fly and glide. Our contingent is very fortunate to have nearby flying facilities at RAF Leeming. Sixth Form pupils are offered the chance to complete advanced modules in aircraft navigation and to become qualified instructors. Cadets can also take advantage of the many courses run by the RAF such as gliding scholarships, the Air Cadet Pilot Navigation Course and the Air Cadet Leadership Course at the RAF College Cranwell. Certificates can be gained in Flying Scholarships and International Air Cadet Exchange.