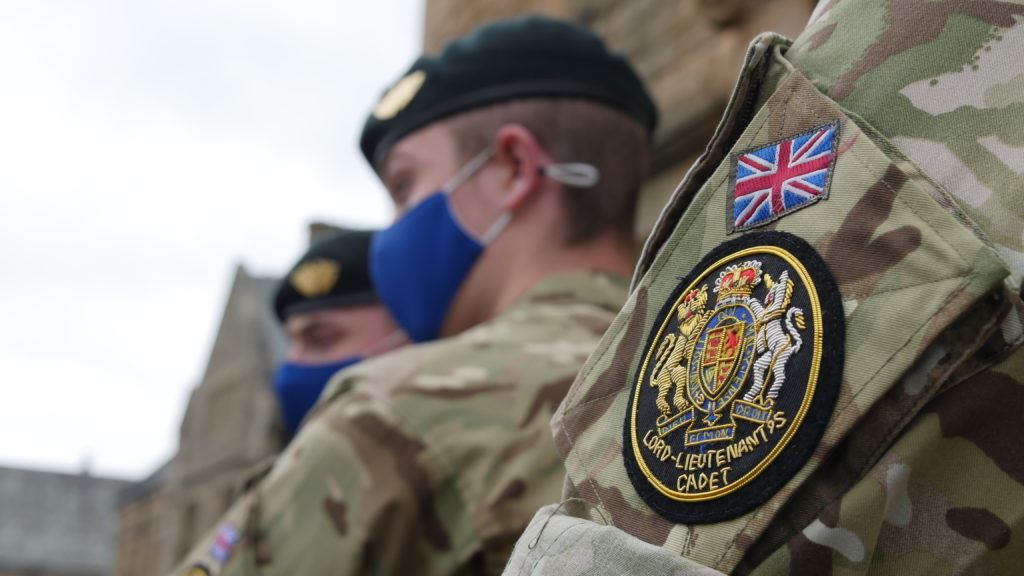 To have just one Lord-Lieutenant Cadet amongst our contingent would be impressive, but to secure a hat trick of appointments is incredible news – and is a first for Barney.

The Lord-Lieutenant appoints a number of Cadets each year, from across the Lieutenancy area, who assist her when she is carrying out her duties, for example, when meeting visiting members of the Royal Family and presenting honours and awards on behalf of Her Majesty.

Commenting on their appointments, Major Connor, Commanding Officer of Barney’s Combined Cadet Force (CCF), said: “The Lord-Lieutenant is a person of standing and influence in the community and this is an incredible honour for our students and Barney.

“Cadets are selected for making an outstanding contribution and we are all absolutely delighted that their peerless records, applications and successful interviews have led to these prestigious appointments, a first for our School.”

Many congratulations, Hamish, Teddy and Kieran!