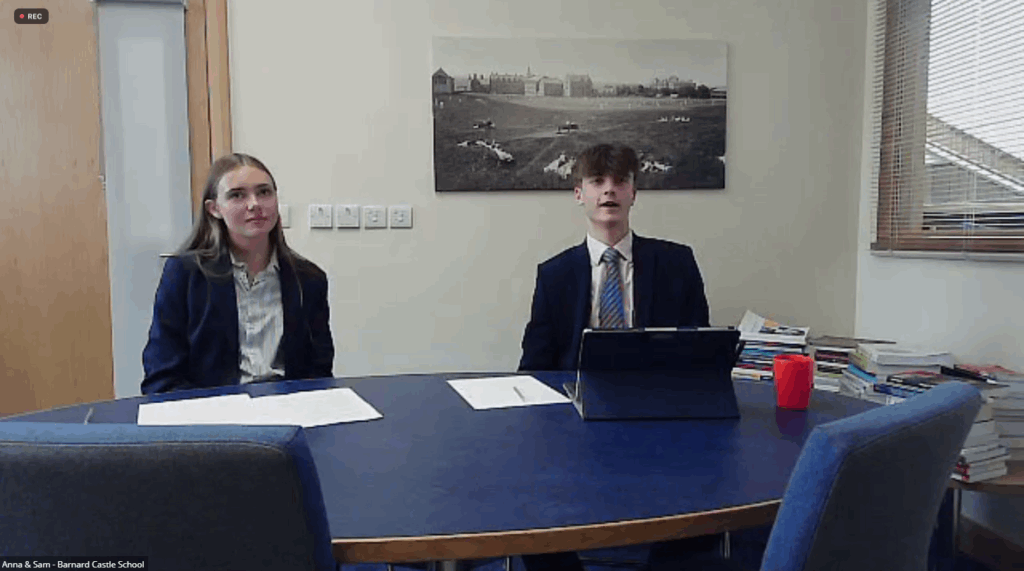 Over the last two days, four members of our Lower Sixth triumphed in the Debating Matters April Public Policy Championship!

Many congratulations to Vato and Henry, who won their debating match against Queen Mary’s College, before Anna and Sam’s success in their match against The Ecclesbourne School today.

Vato and Henry, two of our international students, argued ‘Against’ whether “The UK should reduce its Foreign Aid budget“; while Anna and Sam argued ‘For’ on the timely topic of Vaccine Passports and if they “benefit society”.

Commiserations to delegates from Queen Mary’s and The Ecclesbourne School, who performed exceptionally well with the judges calling two tremendously close debates.