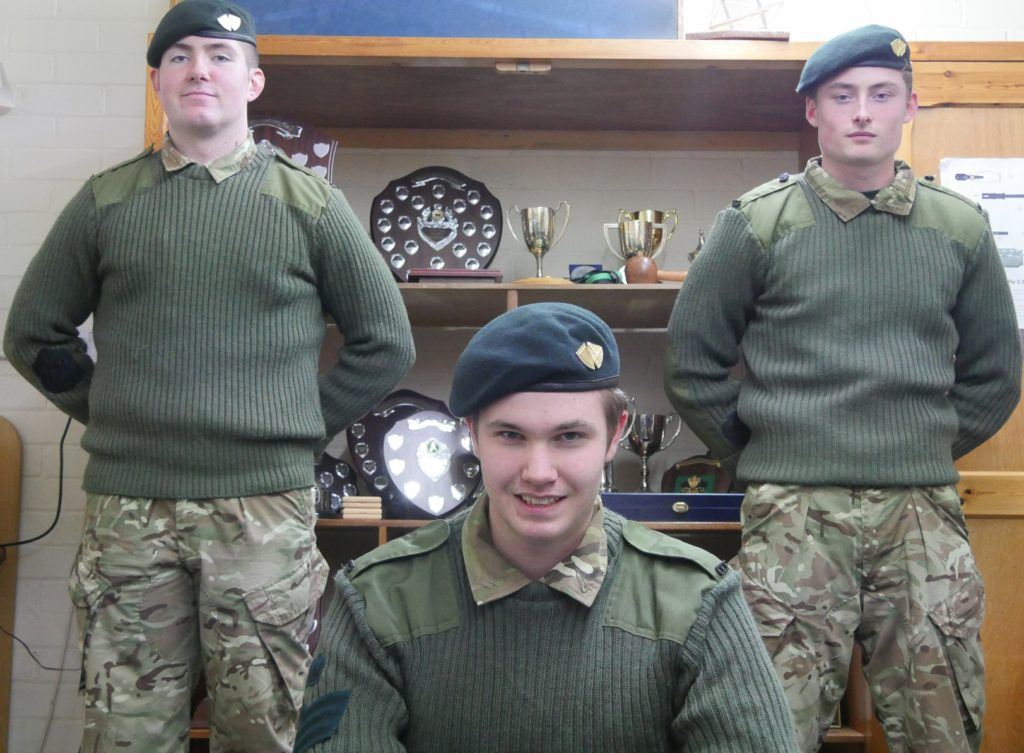 We are delighted to announce that three of our CCF cadets have received prestigious honours.

For the first time in our contingent’s history, Year 13 pupils Hamish, Edward (Teddy) and Kieran were named as ‘Master Cadets’, which is recognised as the pinnacle of a cadet’s time in the CCF.

These rare accolades are usually only awarded to a handful of cadets each year, on completion of the Master Cadet course. Owing to the current, unparalleled times, all residential cadet activities were suspended and this year’s selection process different to previous years.

Immaculately turned out in their appearance, all three interviewed exceptionally well and were described by Major Crawford (OC CTT 4 Inf Bde) as ‘top class cadets’.

Major Connor said: “We are proud to be one of the North’s largest CCF contingents, with many first-class, professional cadets, who are a credit to our School.

“I am delighted for Hamish, Teddy and Kieran, who always show great dedication to training and the overall CCF experience. Their duties within the contingent complement their other academic and co-curricular commitments at Barney. These Master Cadet accreditations are fully deserved.”