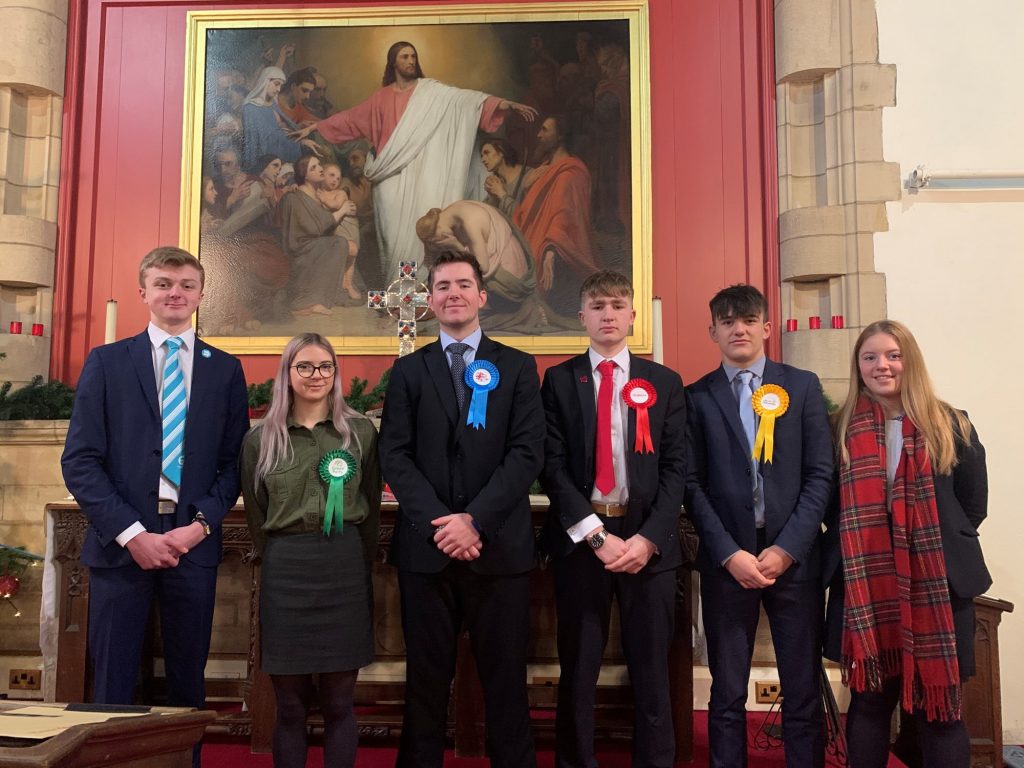 On the day when the country goes to the polls, we decided to host our very own mock General Election.

Students had the chance to vote for their preferred candidate as six pupils represented the five main political parties that the public will be voting for over the course of today and later this evening.

It was a keenly contested mock election as the candidates spoke confidently to the school community this morning in Chapel when they outlined their policies and pledges, before taking part in several Question Time-style debates in the Sixth Form Centre.

Meanwhile, at Prep School, Preppies enjoyed their own mock election as members of the National Elf Party, Nativity Party and Rudolph Reindeer Party outlined their manifestos!

Headmaster Mr Jackson said: “Today’s General Election is one of the most important elections in UK political history to date, so we decided to get involved and host our own mock elections across school. While fictitious and light-hearted initiatives, they did serve as a reminder of the importance of voting and the key values associated with politics and a democratic society.

“I was impressed by all candidates who put forward some strong points while debating with their peers. They – along with the entire school community – will have taken a great deal away from today, which will be crucial when those who are under 18 are at an age to exercise their right to vote.”