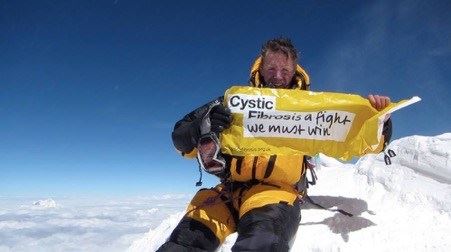 On May 13th 2016, Nick Talbot became the first person with cystic fibrosis to reach the summit of Mount Everest. He took medication to cope with the lack of oxygen at high altitude, but carried the same kit as other climbers completing the challenge in around seven weeks. He was forced to turn back on his first attempt at the peak in 2014 and nearly died in 2015 when an earthquake triggered an avalanche, leaving him seriously injured and killing his friend.