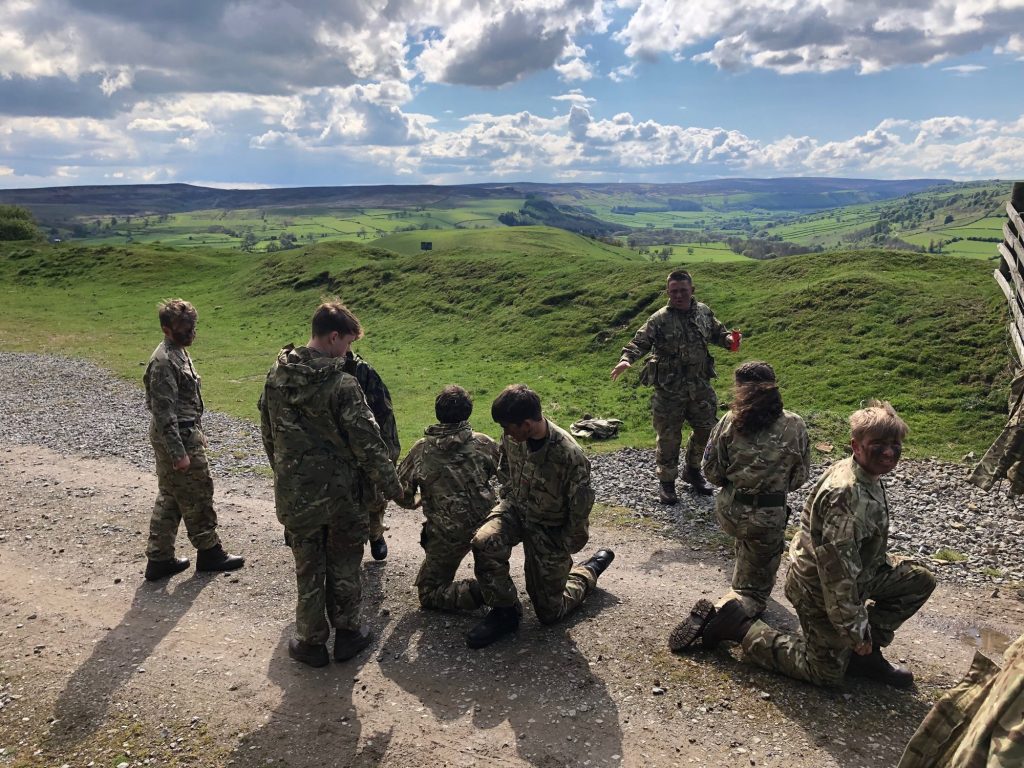 A huge well done to the 34 new recruits who were put through their paces this weekend during their first 24-hour exercise with the CCF. The Year 9s have only recently become cadets and therefore the aim of Exercise First Look is to give them a ‘first look’ at the types of activities they will use in their CCF career as well as building on life skills such as resilience, teamwork and responsibility. These weekends would not run as smoothly as they do without the help of the senior cadets and we were very fortunate to have 18 very skilled NCOs with us who fulfilled a number of roles, including being Section commanders and escorts, taking up enemy positions and probably the most difficult task which was teaching all fieldcraft lessons and running the command task stands.

The cadets were a credit to both the School and the cadet force and carried out each phase of the weekend with commitment and determination. This made it exceptionally difficult to pick out the top cadets, but after some careful consideration, the following awards have been made.
Top year 9 cadet – Cadet Freddie Bulman
Runner up – Cadet Joe Bale
Best NCO – Corporal Ricardo Allen