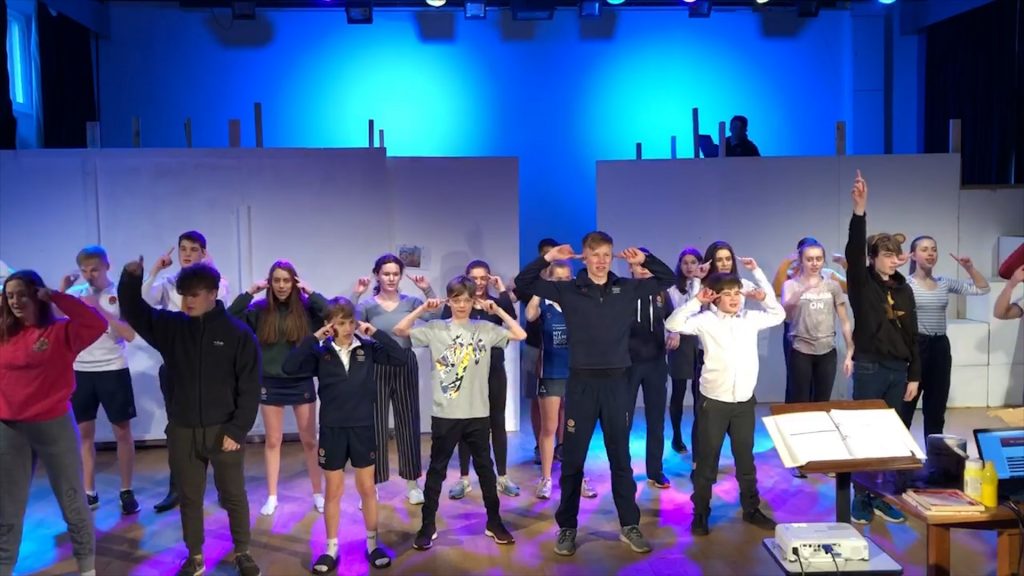 To celebrate World Book Day on Thursday 7th of March, and as it was the week that would have seen the 105th birthday of Dr Seuss, it was decided that we would celebrate with a multidisciplinary week of Seussian activities.

To tie in with preparations for Seussical the Musical – which opens on Monday 25th March for 4 nights, with free tickets from General Office – the Art Department completed a series of tasks, with Year 7 creating clovers for the Prop Club, while Year 8 created bizarre Seussian instruments and Year 9 designed UV fish, based on the creatures from “One Fish, Two Fish, Red Fish, Blue Fish.”

During PSHCEE periods, Mr Edwards delivered a series of assemblies, including a Sixth Form Pentatalk, on the important moral messages behind Seuss’ writing, including deforestation, capitalist greed, self-actualization and bullying.

Elsewhere, the English Department challenged all students to create a piece of original writing, in the style of “Green Eggs and Ham”, using a limited word list of only 50 words.
From the Library, there was an anagram solving competition, as well as a reading raffle, and staff and students were encouraged to submit their entries for “Oh, The Places You’ll Go!” which are on display in Central Hall.

Meanwhile, the set is being built and painted by Mr Edwards and a trusted team of A Level Art students, while rehearsals continue.
The week culminated in a trip to The Witham for Year 7 and 8, where we enjoyed the film “Horton Hears A Who” with popcorn and a drink.
Huge thanks go to everyone who made the week such a success.