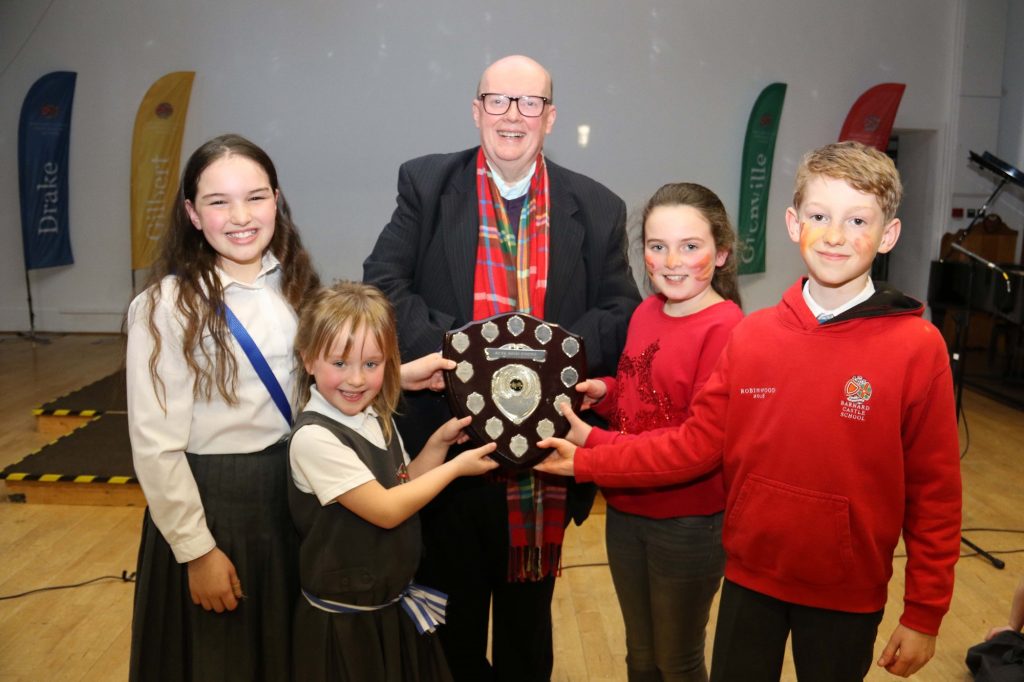 Wow! What a year it was for this event, which was literally packed to the doors. The topic of ‘Musical Theatre’ was interpreted very differently by all Houses via songs from ‘Fame’, ‘Les Miserables’, ‘The Lion King’ and ‘The Wizard of Oz’. There were magnificent solos and harmonies in all Houses and, as Mr Dearsley (the adjudicator and Director of Music at Senior School) pointed out, the range of textures produced had just about as many possible variants as could be conceived. The arrangements of the pieces also revealed considerable thought and imagination on the part of the House Staff. The enthusiasm for singing and the House spirit undoubtedly reached its highest thus far and the wonderful costumes really added to the event. The addition of Pre-Prep for the first time added even more to the buzzing atmosphere. The many lighting effects and microphones added a huge professional finish to each performance too. Mr Dearsley warmed up the adults who attended with their singing voices as well as the children! It was wonderful to have Mr Dearsley as our adjudicator before he retires from Barney at the end of this year and he gave us the most entertaining and lively send-off possible! We also thoroughly enjoyed hearing him play one of his own piano pieces – the whole room was literally enchanted. Huge praise goes to all of the children for this magnificent event and abundant congratulations to our wonderful joint winners, Raleigh and Drake. A lovely quote, in reviewing the event in class Music lessons, from a significant majority of our pupils: “So, what was your favourite bit of House Singing?”. “Watching all of the other Houses.” Our pupils clearly are not just following ‘The Barney Way’, but it’s alive and embodied within them.