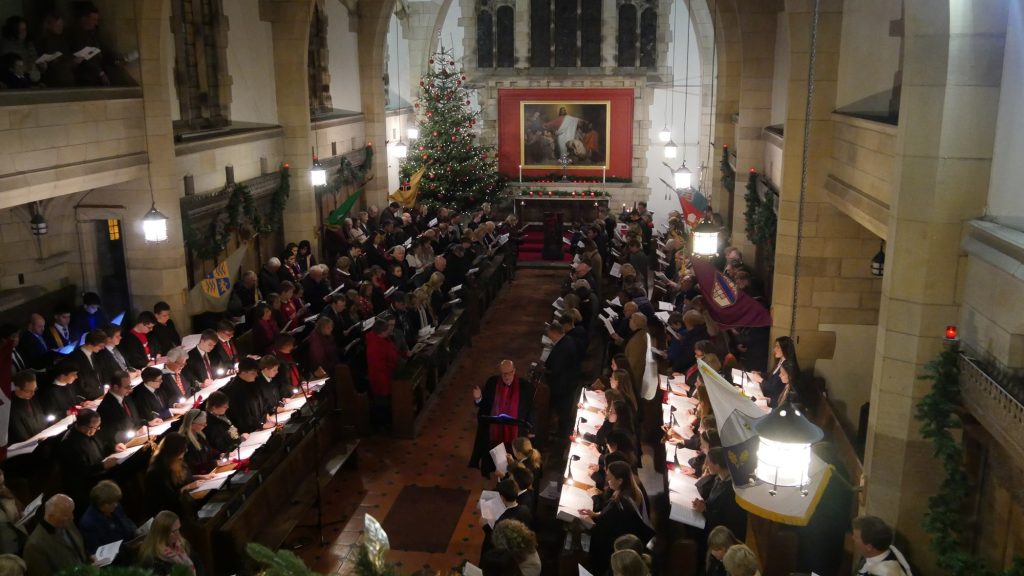 This year’s Carol Services were filled with the traditional, and the longed for favourite carols, but this year we had a new addition. Mr Dearsley commissioned Edmund Jolliffe to write a carol dedicated to the Barnard Castle School Chapel Choir. The world premiere took place at the Bowes Museum on Friday, December 7 2018.

Edmund’s music embraces a huge range of styles from contemporary classical to songs for shows. He writes music for film and television, but is also an award winning concert composer who has won many prizes. His music is published, performed and broadcast all over the world.

He studied music at Oxford University and completed a Masters in Film Composition at the Royal College of Music under Joseph Horovitz and Academy Award winner Dario Marianelli. He also studied on the Advanced Composition Course at Dartington International Summer School (supported by the Ralph Vaughan Williams Trust) and has attended composer residencies at the Banff Centre, Canada (Gladys and Merrill Muttart foundation scholarship for artistic residency) and the Helene Wurlitzer Foundation, New Mexico. He is a fellow of PRS and ISM. He has been writing music to picture for nearly fifteen years, both in the UK and internationally. Many of his projects have been nominated for or won numerous awards, including BAFTAs. Major series he has composed music for include ‘Who do you think you are?’ (BBC1), ‘The Great War: The People’s Story’(ITV1), ‘Homestead Rescue’ (Discovery) ‘My Kitchen Rules’ (Sky) ‘Long Lost Family’ (ITV1) and ‘Unreported World’ (C4). In 2016 he was nominated for an RTS Craft and Design Award for his score to BBC 1’s ‘Elizabeth at 90′.

The Carol is called the ‘Holy Innoccents’, and is a striking text by Cristina Rossetti, who also wrote the words ‘In The Bleak Mid-winter’. The setting is lyrical and like a lullaby. The choir and those who have attended have all commented on the breath-taking beauty of the composition.

Aside from the commission from Edmund Jolliffe, the Chapel Choir was joined by the Barnards Castle School Festival Brass Quintet, as well as Dr Robin Harrison on the Organ. Philippa Dearsley sang Adam’s stirring setting of ‘Holy Night’. The choir also sang works by Bob Chilcot, John Rutter, Cacinni, David Wilcocks and many others: a particular highlight for many was the ‘Carol of the Bells’, a Ukranian Traditional Carol. 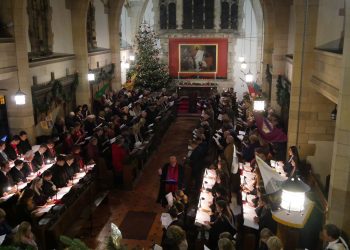 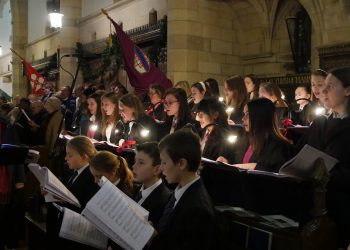 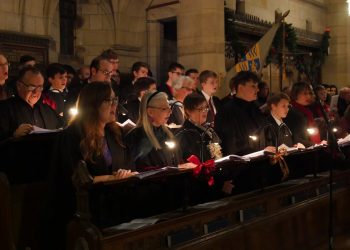 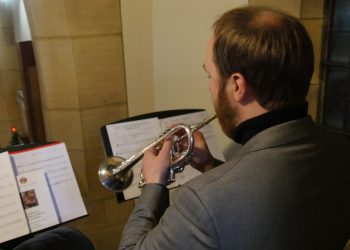 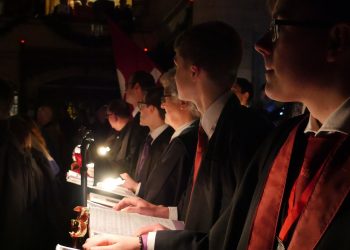