Home » News » Lest We Forget 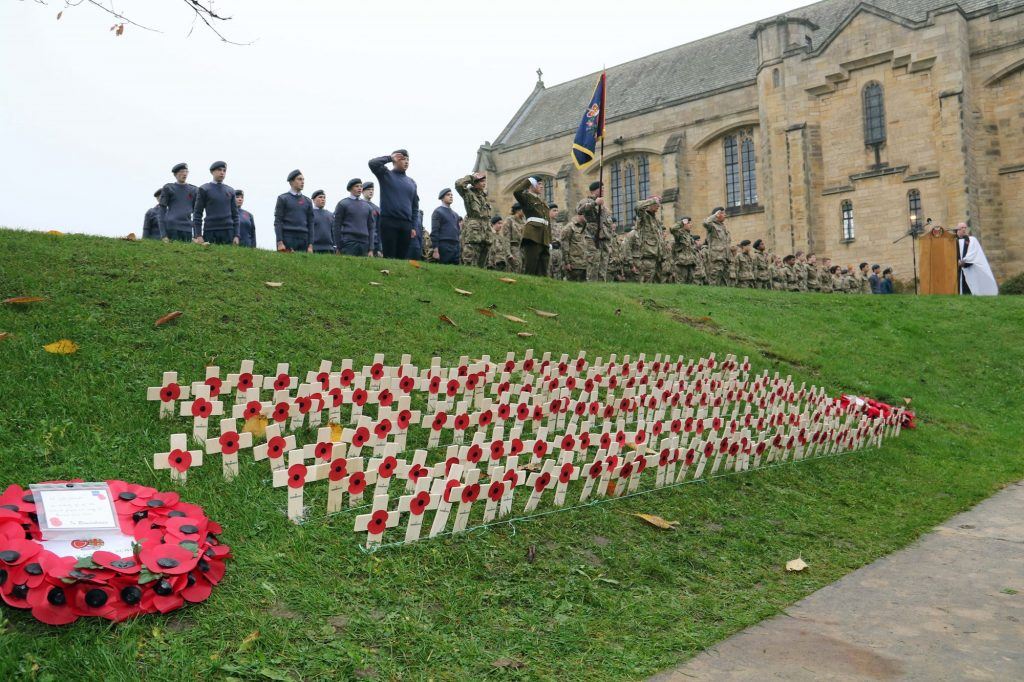 From the youngest reception class children to sixth formers and staff, gathered at the steps of the school Chapel for a poignant service of remembrance.
Flanked by the Combined Cadet Force, headmaster Tony Jackson spoke of why the continued recognition of those who made the ultimate sacrifice was important.
“It is moments and occasions such as this that demonstrate the power of unity. Of being part of something. Of having a cause, a purpose, a calling.
“One could argue that it is as important as ever to ensure we remember. History is littered with drastic and tragic examples of where lessons have not been learnt. Of history repeating itself.
“Yet it will ultimately not be up to others to decide whether or not we should remember them. It will be up to you. It will be up to your generation to decide whether or not we continue this annual act of remembrance as we move deeper into the 21st Century,” he told pupils.
The names of all 204 masters, staff and boys killed in conflicts were read out and poppy crosses were planted by pupils in their memory ahead of a Remembrance Day service in the Chapel on Sunday.