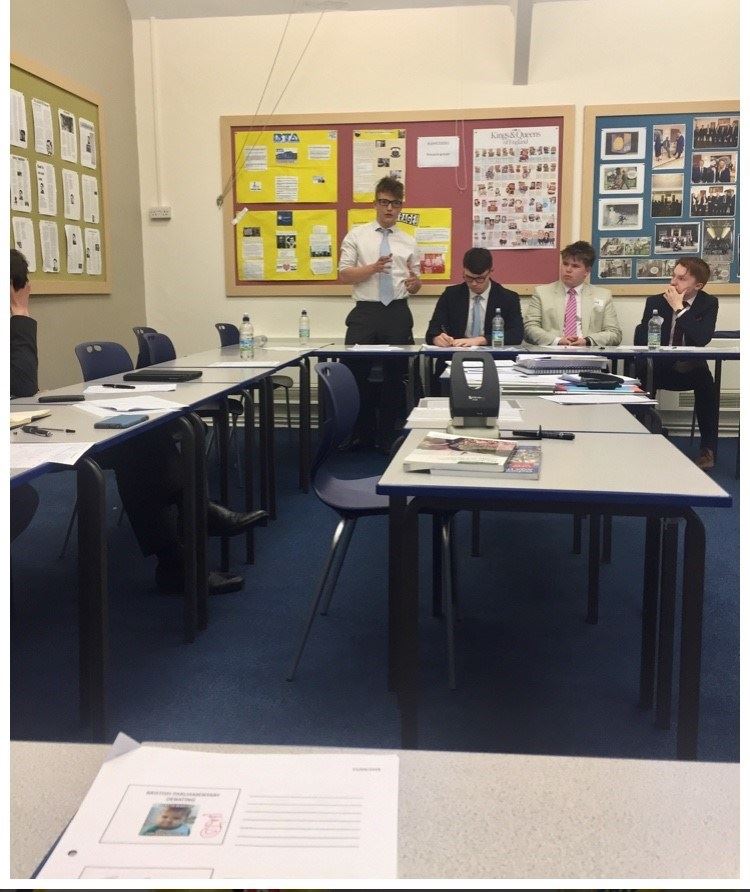 Last week at Barney was busy as usual. On Monday, the Lower Sixth were lucky enough to hear lectures from both Erland Rendall and the heads of admissions at the universities of Bath and Edinburgh. The first lecture was an interesting look into Erland’s career, and it taught us the important lesson of always working hard and having an open mind when joining the world of work. The second lecture was very insightful and gave some fantastic tips on how to be successful when applying to competitive courses, such as how to write a better personal statement. Hopefully, their advice will stand me in good stead when I start applying to university next year. On Tuesday, Mrs Harpin-Lawrence’s debating team made its competitive debut at an introductory session at St Peter’s School in York. The team consisted of Louis Jerrom, Tamara Ullyart, Caitlyn Mitchell and myself. Whilst the result of the competition didn’t go in our favour, it was a fun experience where we learnt the basics of BP Debating. Hopefully, the team can build on this and have more success in our next competition. On Friday, the Lower Sixth boys took part in a workshop put on by the ‘Good Lad Initiative’. The workshop allowed us a group to discuss the idea of masculinity as well as the possible dangers of our heteronormative society. The afternoon was an eyeopener to say the least and I would like to think that my peers and I all learnt a lot.