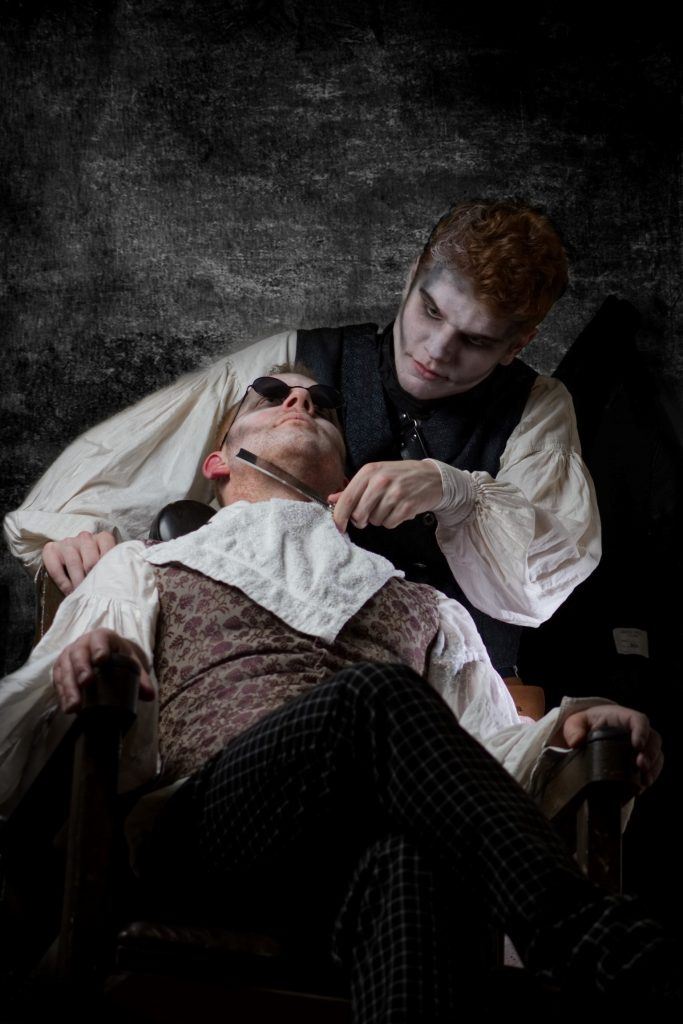 This year’s musical was going to have to exceed all expectations following last year’s production of The Addams Family, which was one of the best the school has ever put on. However, with Rachel Elphick and Rohan Kelsall playing our lead roles, Mrs Lovett and Sweeney Todd, we went over and above expectations, producing another outstanding performance from everyone involved.

With this term being the shortest of the year, it is always a struggle to fit rehearsals in, and this year was no different and with the added struggle of 3 snow days, further limiting our rehearsal time. However, due to the dedication of the cast and crew, we succeeded in pulling off this demanding show.

All four nights sold out, a great success, with special thanks to Mr Owens and the orchestra for helping us produce some exceptional music. Special thanks must go to Mr Edwards for all of his time and dedication, including hiking through extreme weather just to get to school to direct the show, while all the time learning his own part.

As always, the show was a delight for everyone who came to watch and for all of us to be in. It left the Upper Sixth with a great end to their school acting careers and everyone else excited for next year’s productions.