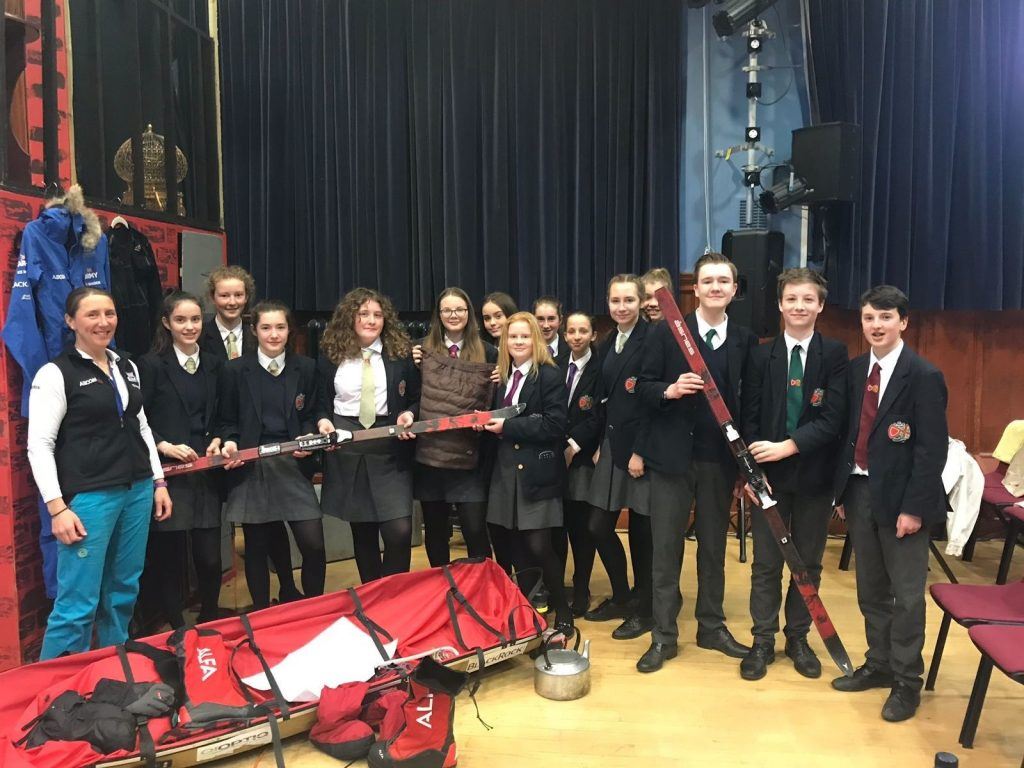 Barney hosted Major Sandy Hennis for a lecture with Years 9 and 10 and then a lunch with the Lower Sixth. She made history by being part of the first all-female team to attempt to cross the Antarctic. No team of women, from any nation, had completed this formidable challenge. In her lecture, she spoke of the ultimate opportunity to show that women have the mental strength and physical endurance to operate in the most hostile environment on earth.  Along with the five other members of the British Army Ice Maiden team, Major Hennis covered 1,700km using muscle-power alone, battling temperatures of -40°C and wind speeds of over 60mph during the three-month journey.