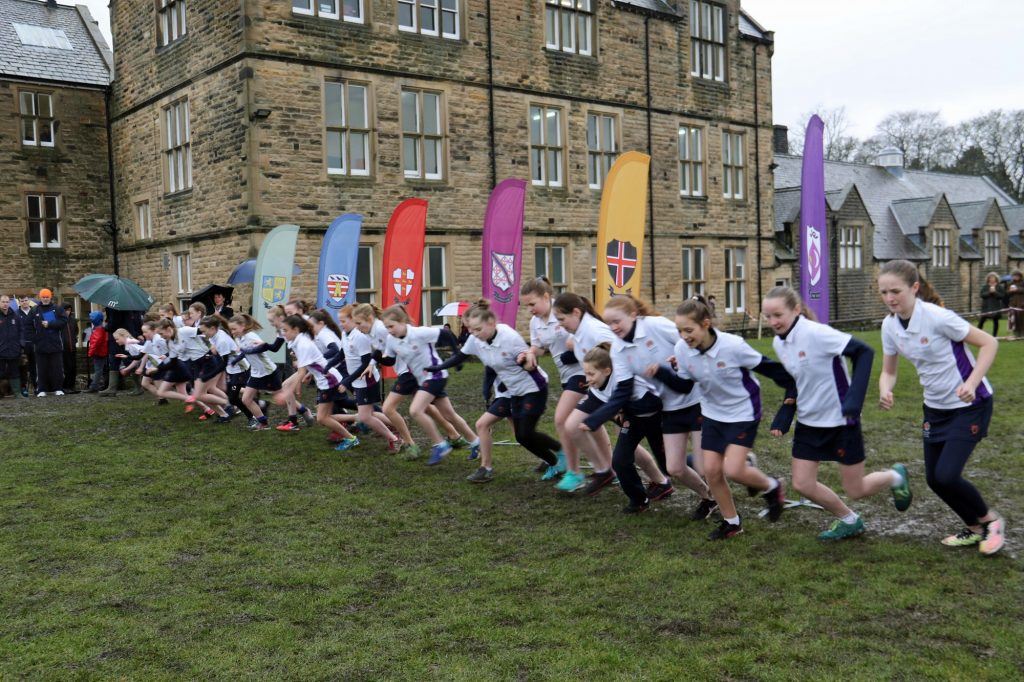 Hardy harriers battled driving rain and quagmire conditions in a display of resilience and endurance to raise hundreds of pounds for charity. For elite runner India Pentland the 126th annual Barnard Run was the opportunity to collect a triple record – junior, intermediate and senior trophies – and warm up for the English Schools’ Cross-country Championships. The 15-year-old Barnard Castle School student cruised home through treacherous conditions to claim the Turnbull Shield, awarded to the fastest senior girl. “Conditions were very tricky with driving rain, lots of surface water and plenty of slippery mud,” said India, a Darlington Harrier, of Manfield, near Richmond. “I took it easy because I have English Schools coming up but I was pleased to come first this year as it means I have now won all three age groups. I have had a good season so far winning the North East County Championships and coming third in the UK Inter-counties Cross-country Championships. I am still really enjoying my running and will just see where it takes me.”

The whole school takes part in the annual event running Barney Bash qualifiers in order to qualify for the main Barnard Run. The gruelling race is staged every year around the school fields, the Demesnes and River Tees and raises hundreds of pounds for charity. This year proceeds will be donated to the Alzheimer’s Society. The first senior boy home was last year’s winner Caleb Ellis, 17, of Dalton, near Richmond. He said: “Conditions were pretty awful and I was exhausted at the end but I was determined to get home first again.” Daniel Richardson, 11, of Melsonby, near Richmond, took the honours in the junior race continuing this season’s form which recently saw him win the minor boys’ race at the Durham County Schools’ Cross-country Championships and 5th at the Inter-Counties, representing Durham against Northumberland, Cleveland, Cumbria and North Yorkshire.

Headmaster Tony Jackson said: “The race tests students’ resolve and resilience with some magnificent efforts being put in, not only by our elite athletes but also students whose natural talents lie elsewhere. “Students took the adverse weather conditions well and truly in their stride as they lent each other fabulous support to ensure everyone reached the finish line.”

Barnard Castle Preparatory School children, from Reception to Year 6, also joined in the Barnard Run event, with pupils tackling either a one or two-mile cross-country course depending on their age and ability.
Headmistress Laura Turner said: “It was an absolutely outstanding effort. All the children ran with smiles on their faces and the rain and mud simply added to the sense of adventure and fun.” As well as completing the fun run, Prep School’s elite runners tackled the two-mile cross-country course around the school grounds. In the girls’ competition, first home was Lydia Dixon, 10, followed by Polly Heintz, 10, and Thea Wilks, 11. First place in the boys’ contest was William Hutchinson, 10, followed by Rhys Jenkins, 10 and Frazer Wallace, 11. Refreshments were provided by Barney Friends.