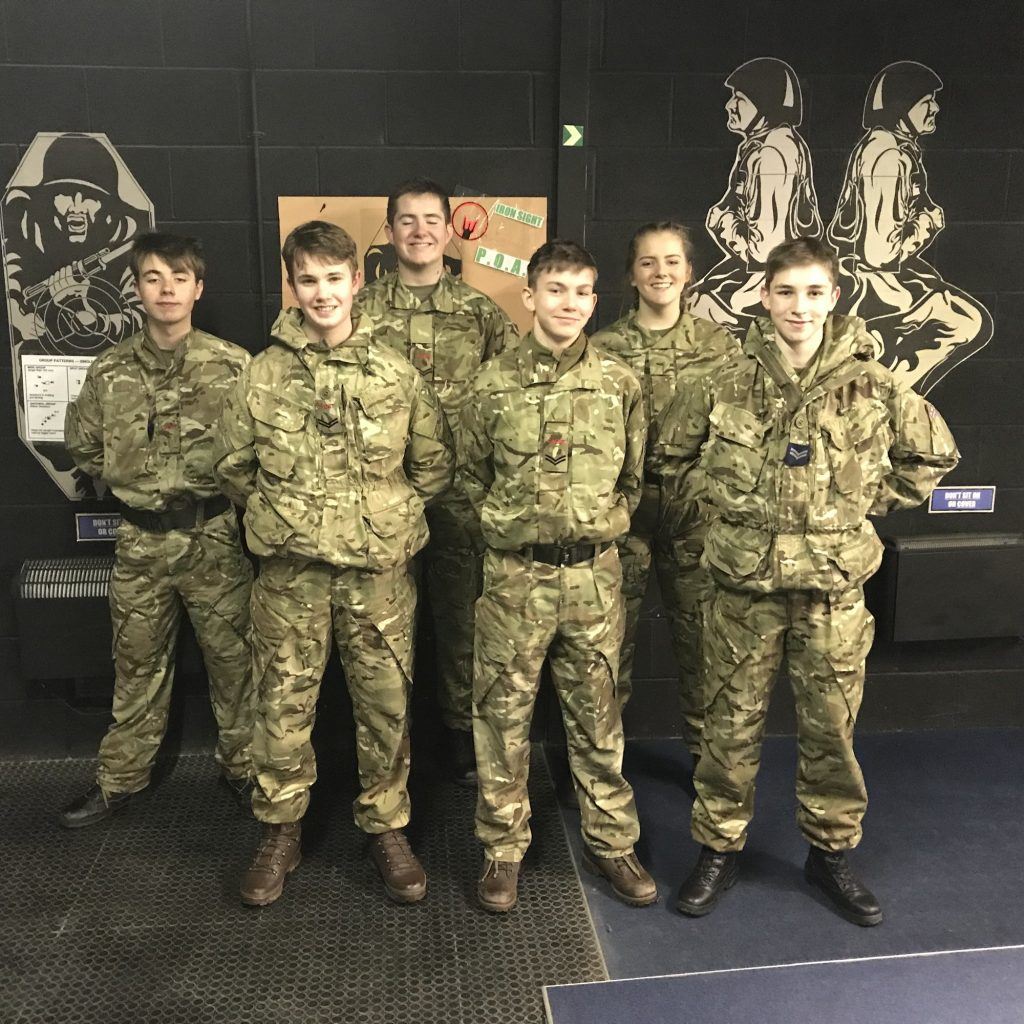 Where better than to spend a very blustery and wintery Sunday, but tucked up, warm and dry in an indoor range. The DCCT range (dismounted close combat trainer) offers the cadet a number of different shoots where they really can focus on applying their marksmanship principles in the prone, sitting and kneeling positions. With weapons zeroed, cadets took part in a number of competitive applications ranging from falling plates to shooting in poor visibility. Corporal Harris was deemed the top shot of the day after successfully winning the 5 round grouping and shooting in fog at 100m applications. Corporal McAllister also did exceptionally well, especially when using the LSW (his favourite weapon system) in its automatic state. He also won the final shoot with a very tight grouping of 254mm at 100m. For some cadets, this was their first time within a DCCT range. Cadet Baker showed promise with some very tight groupings throughout the day, but in particular, did very well on the 400m snap shoot. Lance corporal Nichols, (who spent the day with us celebrating her sixteenth birthday), did very well, coming second in the 5 round grouping competition and shooting exceptionally well in the sitting application. We all enjoyed eating her ‘Carlos’ the caterpillar cake at lunchtime, just to keep our energy levels up! Corporals Bleasby and Vernon shot very consistently throughout the day and scored highly in the judgmental shoots as well as the falling plate competition.
Major C E Connor