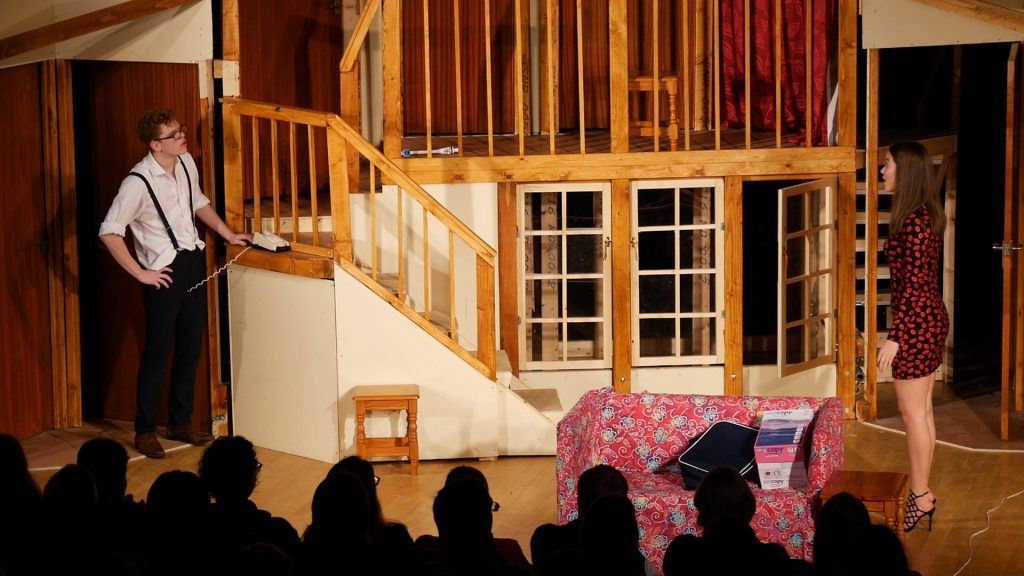 Ambition certainly was not lacking in this year’s senior play. Mr Edwards and his cast embarked upon Michael Frayn’s “Noises Off”: a play in which six out of the nine actors play two characters at once. It could accurately be described as a play, about a play, within a play.

Every member of the cast thoroughly enjoyed the experience and, without a shadow of a doubt, “Noises Off” takes the accolade for the most fun play to perform. Inevitably, there were parts of the play that did not go entirely to plan, however, that all seemed to add to the general catastrophe occurring on stage; the highlight was Rohan’s braces getting tangled in the staircase on the final night, leaving him tethered to the set for the remainder of Act 3. Our thanks go to Mr Edwards, the cast and crew for a wonderful show.