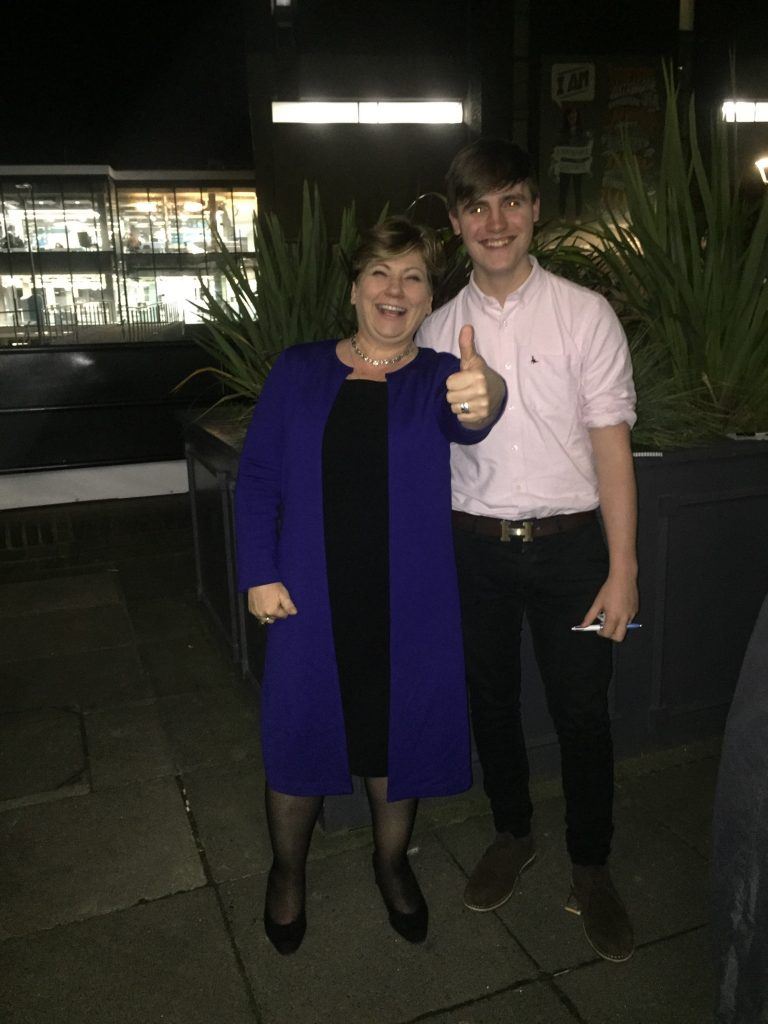 On Thursday, Mrs Campbell and Mr Beaty took our politics set to be members of the audience at BBC Question Time in Newcastle. It was a fascinating evening from the outset, with Ellie leaving her passport on the bus! Mrs Campbell was spotted running, as usual, across the studio to hand in a reluctant student’s question to the legend that is David Dimbleby. As the studio manager called out the names of the would-be questioners all of our hearts beat a little faster, especially when Rob Hardy was picked to ask the warm up question. Despite missing out on McDonald’s a great evening was had by all. My highlight was the photo opportunity with Shadow Foreign Secretary, Emily Thornberry!