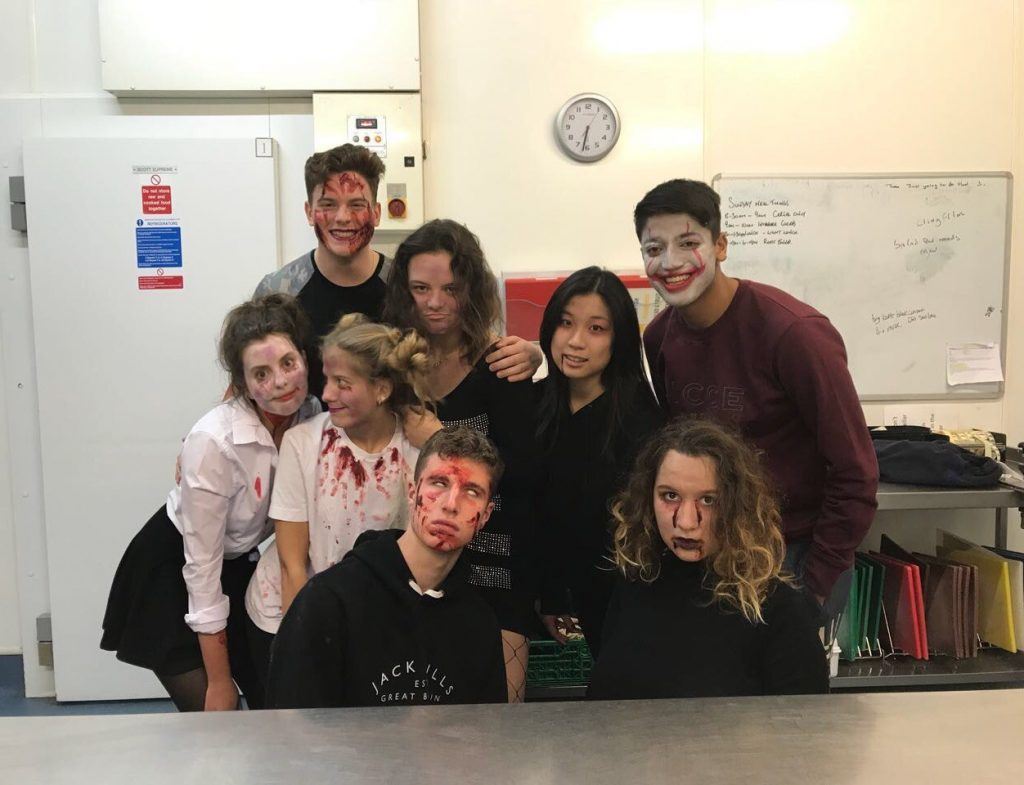 In the last week I have, with the help of Longfield Upper Sixth and some of the Upper Sixth boy boarders organised a creepy corridor experience for Longfield house for belated Halloween celebrations. Whilst being told a chilling horror story, Longfield girls were taken down in groups to experience the horror of what lies down in the kitchen cellars. The Upper Sixth were around every corner covered in fake blood and could be heard by the bloodcurdling screams, much to the fright of the girls. Afterwards at Longfield, apple bobbing, guess what’s in the Halloween box and a Coca-Cola version of beer pong were amongst some of the entertainment. The night was then rounded off with a Piñata and a lot of tasty treats