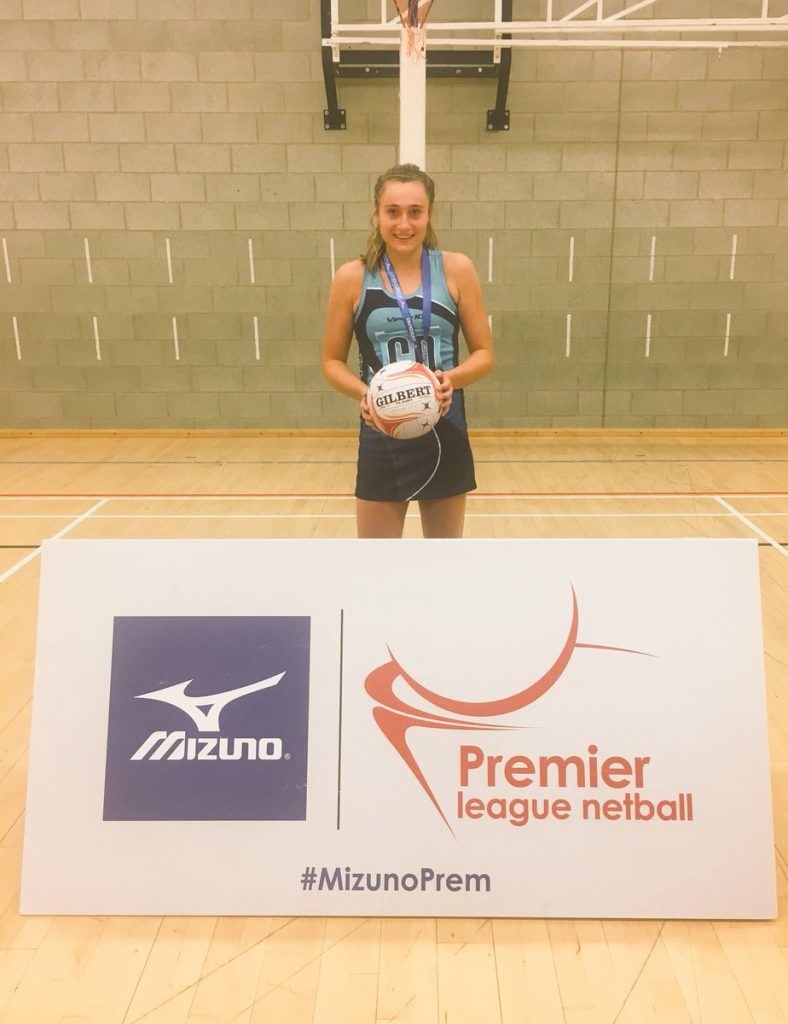 Congratulations to talented Ella in Year 11 who has been selected into the U17 England Netball National Academy.

Having played netball since the age of seven, the Hartlepool Oaksway player’s achievement has brought Ella one step closer to her dream of representing her country. She is an integral member of the Barnard Castle School U16 squad who have qualified for the North East Regional finals at the end of January, and a key member of the Team Northumbria U19 NPL squad.

The trial took place at Loughborough University over two weekends; testing fitness, ball and movement skills, together with technical sessions and game play. High-class play from the goal defence saw her receive notification of the national selection.

Ella will attend a training camp each month. Barnard Castle School fully support her and are incredibly proud of her achievement.  Head of Netball, Miss Broadbent said: “I am delighted to hear about Ella’s selection, she has put a huge amount of time, effort and energy into improving her game; we are delighted it has all paid off”.

Since England Netball have introduced full-time professional contracts for the World Class training programme, she has big dreams of a netball career and to reach this level at the age of 15, it would seem she is well on her way to achieving them.