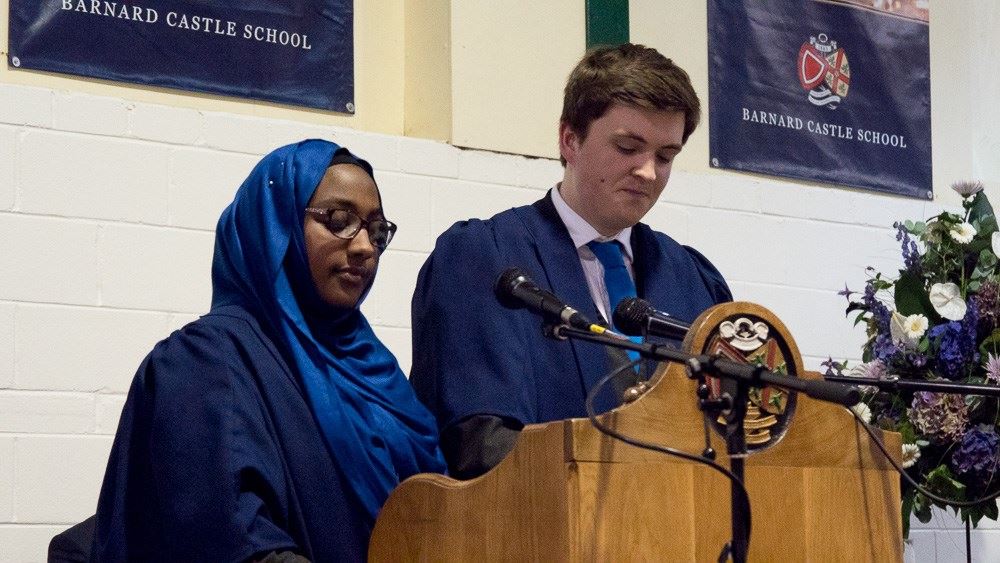 STUDENTS marked the end of one era and were given a hint of the next with words of wisdom encouraging them to always push beyond their comfort zones.
Headmaster of Barnard Castle School Alan Stevens officiated over his final speech day before leaving to become master of the prestigious Marlborough College in Malaysia. Ending a successful seven-year tenure that secured Barney as one of the country’s leading independent schools, he handed the reigns to his successor, second master Tony Jackson, who has ambitious plans for its future. Mr Stevens told a packed prize giving ceremony of students, staff and families: “My wife Heather and I have savoured every minute of Barney life. “A key role has been to equip our young people with everything they need in life and to help them push every boundary they come to. We challenge them to think and consider the question ‘what would I do if I wasn’t afraid’?”

Introducing the guest speaker, he said former pupil Nick Talbot was a fantastic example of this philosophy. Mr Talbot, who left Barney in 1994, became the first man with cystic fibrosis to successfully climb Mount Everest. The CEO of the International Valuation Standards Council was diagnosed with the incurable lung condition when he was 12. He told the audience about his mountaineering exploits which saw him cheat death after an earthquake triggered a 200mph, 200ft high avalanche that swept through camp. He urged students to: “Figure out what you want from life and ignore other people’s expectations. Push the boundaries, embrace failure, be brave and do the things that make you feel uncomfortable.”

Mr Talbot presented students with a host of prizes for academic, creative, sporting and pastoral achievements. Guests were entertained by the school Windband, Chapel Choir and Barney Singers, violinists Ceara Sutton-Jones and Nathan Barker, while The Reply was given by heads of school Alexander Booth and Salma Ali.

Retiring chairman of governors Alan Fielder said: “Mr Stevens’ seven-year tenure has seen him oversee a period of sustained and considerable progress. I have observed how hard he works and how passionate he remains for Barnard Castle School. “Tony Jackson was the stand-out candidate to replace him and shares his passion for education. I am sure he will work tirelessly to unlock the school’s full potential.”

Mr Stevens added: “Headship is always daunting combining a private sector CEO with compliance officer, while, as a teacher, trying to instil a love for learning in young people. My time at Barney as been an enormous privilege.” 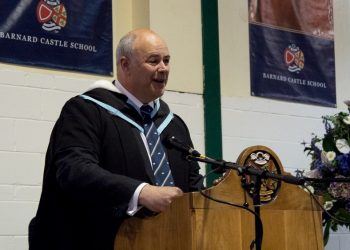 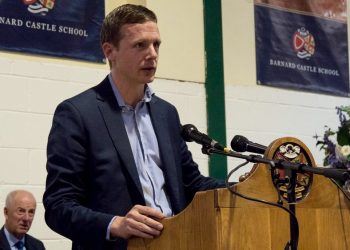 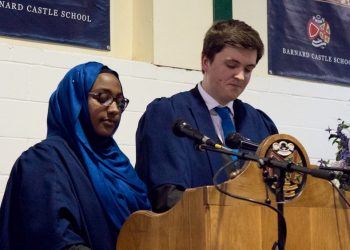 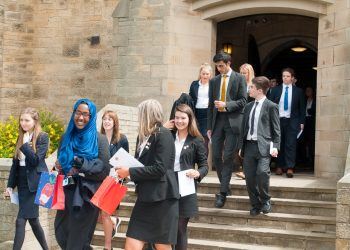 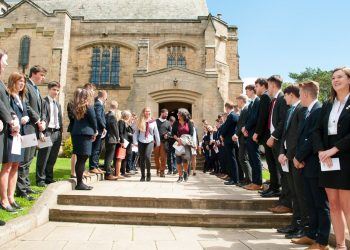 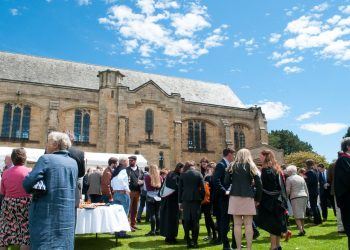