While many have been taking a well-earned Easter break, the Classics department took 32 pupils, all who have chosen to study Classics (Ancient History or Latin) from Years 9  to 13 travelled to Greece for a 7 day trip to some of Greece’s ancient landmarks.

This trip was part of the programme of foreign trips (either to Italy or Greece) undertaken by the Classics department which occurs bi-annually and has done so since 1999. The third trip to the Classical sites of Greece, following from successful ventures in 2009 and 2013.

Highlights of the trip included a ferry trip to the island of Egina and the temple of Aphaia. A visit to the Temple of Poseidon at Cape Sounion at sunset. A tour of Athens, including the acropolis, Olympic stadium and the new acropolis museum. Along with an overnight visit to Delphi and the Olympia. Two nights were spent in Tolon, from which they visited Mycenae, Epidaurus and the town of Nafplion. They took part in some beach football in Tolon as well as having a race in the original Olympic stadium.

It was a busy and productive week, and plans are already taking shape for the next trip abroad for years 7 and 8 to the Bay of Naples in 2018. The students broadened their horizons and were able to visit some of the places they had learned about in class over the years. 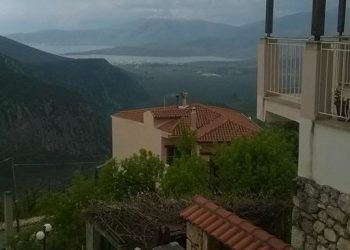 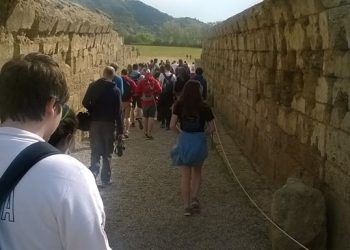