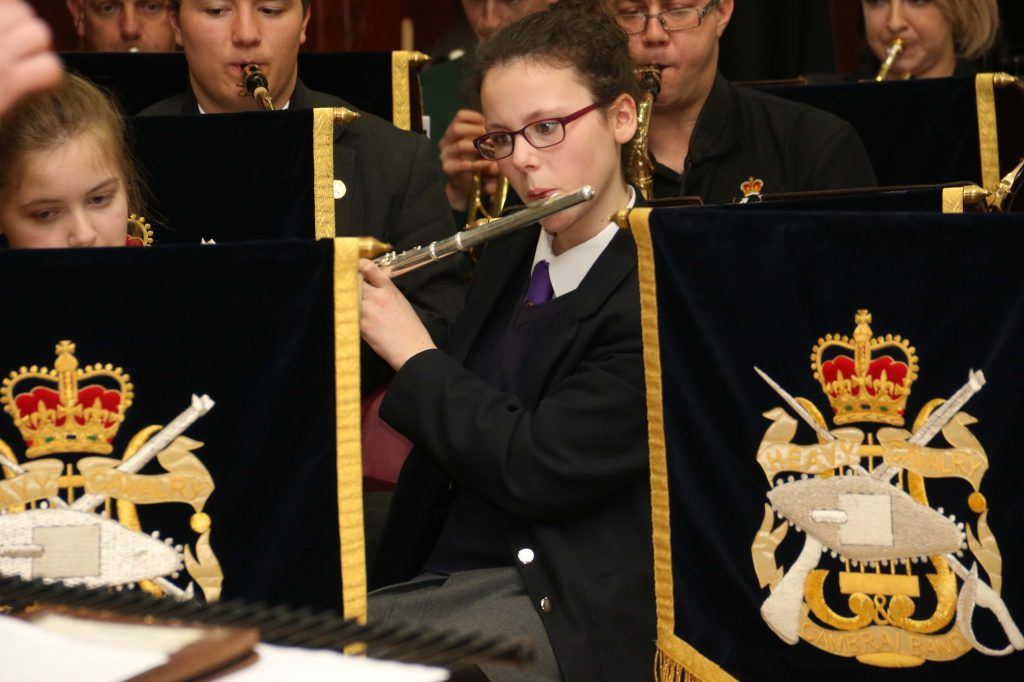 SCHOOL musicians joined the ranks of a renowned windband for a concert that earned them their stripes.
Barnard Castle School students rehearsed and performed with The Band of the Royal Armoured Corps in a military concert to remember.
Talented students of grade five and above, from both the preparatory and senior schools, spent the afternoon rehearsing under the direction of RAC bandmaster WO2 Ben Ruffer.
In the evening they performed an hour-long concert of military and popular music, ranging from Disney film scores to the Beatles.

Warrant Officer Ruffer said: “I was so impressed with how quickly the students slotted into the windband. It was a tough task asking them to play new music with musicians they had never met before but they really rose to the occasion.”
Barnard Castle School’s bandmaster Mick Donnelly added: “This has been an incredible opportunity for our students, which proved to be an occasion that really stretched them.
“The reward was clear to hear as the band sounded absolutely fantastic. The concert was so uplifting, such an incredible experience and further evidence of the sheer talent this school is able to nurture.”
Sixth former Michael Liu said: “We really had to raise our game and it was a great feeling knowing we were playing with such highly skilled professionals, from whom we learnt such a lot.”