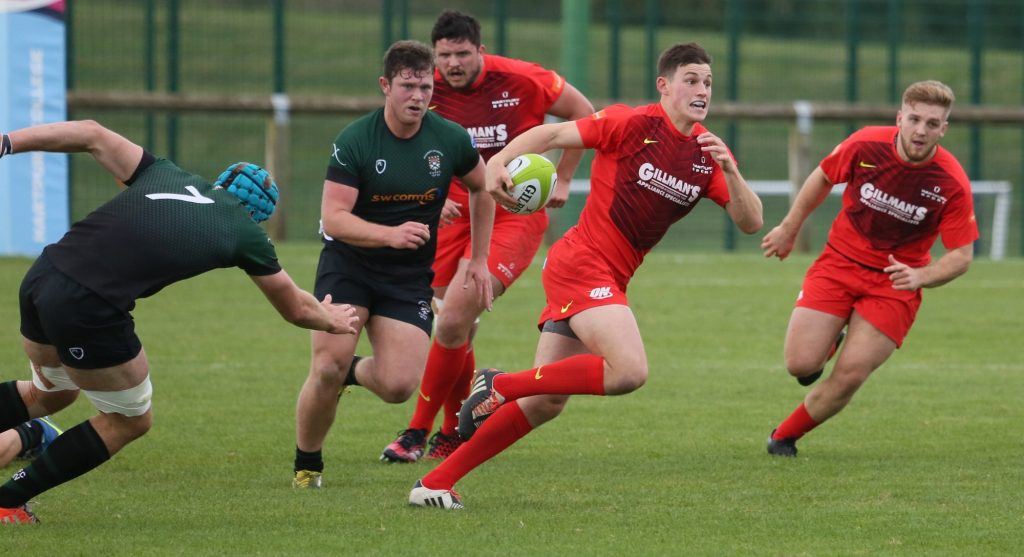 A YOUNG rugby player will live his dream this week when he runs out on the field at Twickenham.
Former Barnard Castle School student Sam Leeming secured his place on the hallowed England rugby turf by qualifying with Hartpury College – an Associate Faculty of the University of West of England – for the British Universities Rugby Championship Final.
Sam, 19, started playing tag rugby at Darlington RFC when he was four-years-old, going on to develop his craft at Barnard Castle School and Newcastle Falcons.
His dad Nick said: “In primary school the misguided ethos of ‘everyone’s a winner and everyone gets a prize’ was perplexing to Sam who showed sporting ability at a young age and a naturally competitive nature.

“This attitude to sport prompted us to move him to Barnard Castle Preparatory School in 2005 where he flourished with coaching by deputy head Nick Seddon.”
Super sporty Sam went on to represent Durham County at cricket, cross country and rugby. Mentored by the school’s director of sport Martin Pepper, he was selected as fly half for the 1st XV in Year 11. As captain of the team in his final year at the school, he also represented Newcastle Falcons and The North of England.
After A levels, Sam went to Hartpury College, in Gloucestershire, to study a degree in sports science and, although he was awarded an elite sports scholarship, was forced to sit out the 2014/15 rugby season due to an injury. Instead he spent his time filming and analysing the team.
This season he has been a key player for Hartpury University Centre scoring 115 points at either fly half or fullback in the inaugural British Universities and Colleges Sport (BUCS) Super Rugby League, which comprises the eight best men’s rugby union playing universities across the United Kingdom.
Hartpury won the league title in February beating Durham, Northumbria and Leeds Beckett Universities, reaching the final of the BUCS Championship with a narrow win against Bath University.
The final is against Exeter University on March 30 at Twickenham.

Mr Leeming added: “As the fifth generation of the Leeming family born in Darlington, Sam loves his home town but we will have to wait to see if his talent returns to the North East or whether his sporting career leads him elsewhere in the world.”
Barnard Castle School headmaster Alan Stevens said: “At school we believe it is important for every student to have a go, an ethos engendered by the recent Barney Bash and Barnard Cup cross-country events.
“Our sports staff are very good at identifying the potential in young athletes and ensuring they have everything they need to hone their skills offering the country a pool of talent that could become the next generation of sporting elite.”