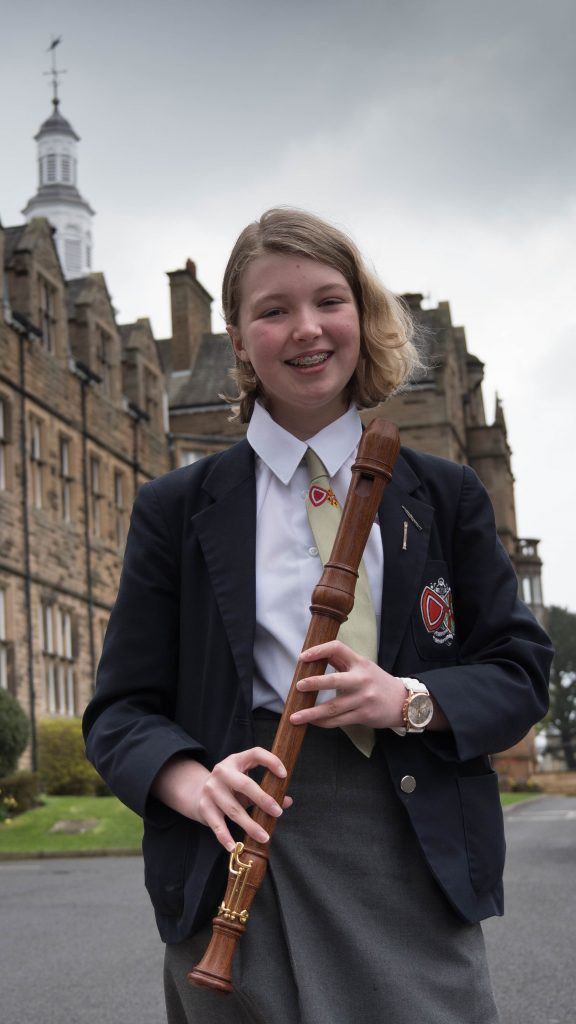 Evelyn through to Regional Finals

She is a recorder player and gave four fine performances using the alto, soprano and tenor recorders, playing works by Vaughan-Williams, as well as a haunting Japanese 21st century work, which creates on the tenor recorder sounds associated with the Japanese folk instrument, the Shakuhachi.