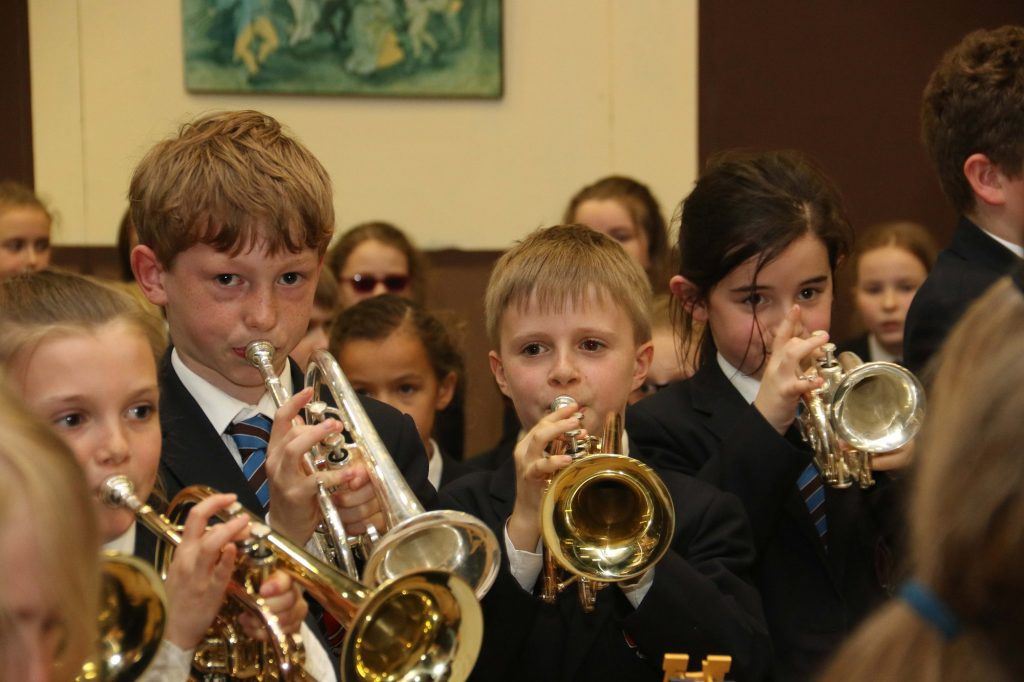 Solo stars and energetic ensembles combined in a programme of performances to round off a season of music.
The annual Gala Concert at Barnard Castle Preparatory School brought together musicians and vocalists from Years 3-6 in an evening of music for parents and siblings.
The combined boys’ and girls’ junior choirs opened the show, followed by mixed ensembles in brass, strings and woodwind.

The Prep School’s oldest children then performed a series of solos – Daniel Newell and Samuel Banner on piano, William Te Lintelo on trumpet, Hannah Stirling on clarinet and Jack Edmunds on saxophone as well as vocal/piano duets by Aimee Willey and Harriet Alliston, and a vocal duet by Rachael Richardson and Mia Pegram.
In addition to one-to-one tuition on their chosen instruments, each year group at the Prep School learns a different instrument with Year 3 performing on violin, Year 4 playing Paul Simon’s Call Me Al on brass and Year 5 playing fife and flute.

The Year 6 band played Bob Marley’s Buffalo Soldier before the Prep School orchestra performed Gershwin’s Summer Time. The concert was brought to a close by the harmony choir.
Director of Music at the Prep School Dr Robin Harrison said: “Music plays an important part in Prep School life. Every year group receives two music lessons per week and the children enhance their aural, pitch, rhythm and instrumental skills through a variety of songs and music related games.
“The children sing as a whole school and in year groups at our many musical events throughout the year including the carol services and house singing competition as well as solo in our have-a-go concerts and in assemblies, and we offer a range of musical ensembles in our activities programme.
“They have worked very hard this term on the ensembles, all of which are voluntary, to produce a great, varied programme for our gala concert.”