Home » News » Agatha Christie – And Then There Were None 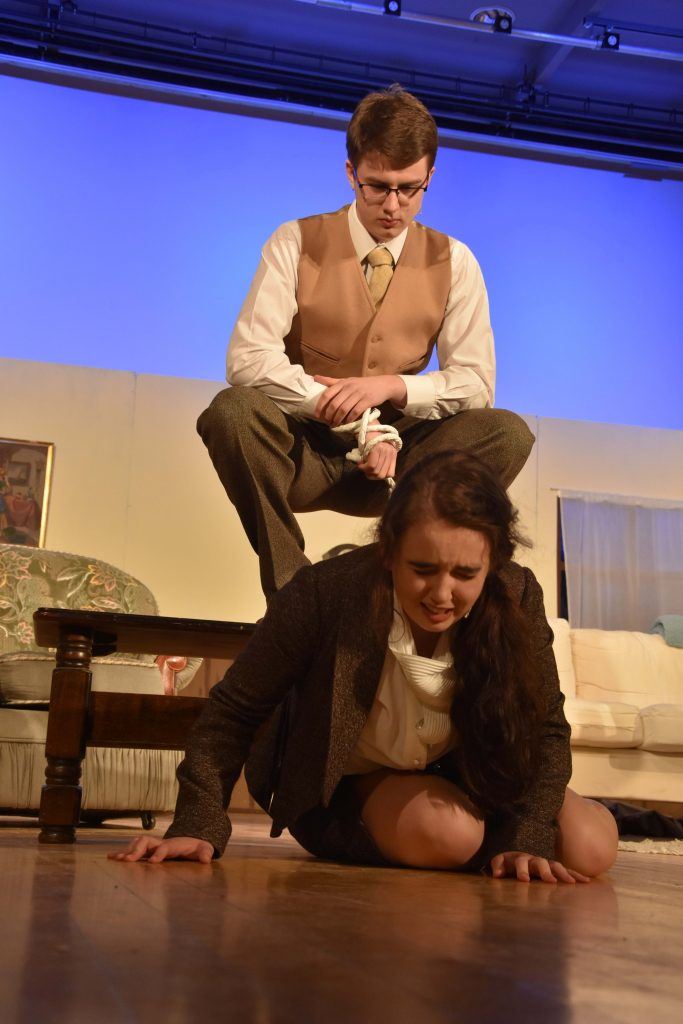 Agatha Christie – And Then There Were None

MURDER and mayhem ruled supreme as a classic whodunit took to the stage. Students from Barnard Castle School tackled the infamous count down to murder, And Then There Were None, sending the ten leading actors to oblivion in true Agatha Christie fashion.

The sinister three-night play was the culmination of three months’ rehearsals for Year 11, 12 and 13 students, one of two senior plays staged in the spring.

Co-director sixth former Cammy Glover worked with head of drama Scott Edwards, a cast of 11 and a back stage crew of students on the complex two-hour show.

Mr Edwards said: “It is a tricky plot with very wordy elements and the cast were brilliant at capturing the essence of arguably the world’s best crime writer.

“Our young technical crew did a great job with the set, lighting and sound which helped create the perfect mood to allow our young actors to do this classic tale justice.”

More images can be found here.