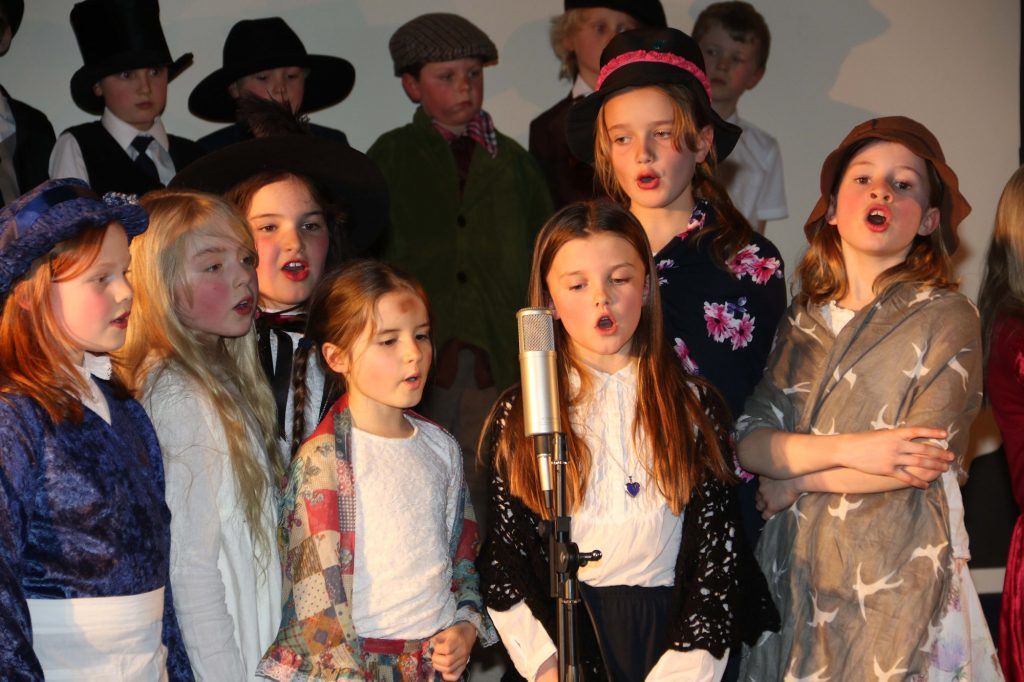 A cast of literary characters left audiences asking for more as young actors performed their hilarious re-telling of a Dickens classic.
Children at Barnard Castle Preparatory School staged a two-night run and a matinee performance of Olivia!, a heart-warming and funny tale which gave them a chance to show their acting, comic and vocal talents.

The whole of Years 3 and 4 took part in the musical, with Minnie Wilson, of Piercebridge, in the starring role of Olivia, an orphan who escapes the tyrant Mrs Murdstone, played by Bella Staley, from Richmond.
Once in London, Olivia comes across a host of characters including Fagin and the Artful Dodger, played by Ned Michelin and Benjamin French, George Bernard Shaw, played by Harry Sinclair, and Scrooge, played by George Goad.
Eventually Eliza Doolittle, played by Prep School boarder Emily England, and Sherlock Holmes and Dr Watson, played by Tom Body and Joseph Robin Truss, solve the mystery of Olivia’s background and reunite her with her mother Annie, played by Zara Dobson.
Other main parts were taken by Benjamin Pelly as the Fat Lady, Jemima Burton as Mrs Dilber, Lewis Maunder-Brown as Dicken, Joe Arnold as the Judge, Ellie Derrick, Polly Heintz and Esme Berend as the flower sellers Queenie, Doris and Flo, and the orphans Lucy Harburn, Freya Pinwill-Price and Abygail Jameson.
Malcolm Sircom’s script was directed and produced by Year 4 teacher Alex White with musical accompaniment by Dr Robin Harrison, lighting by Year 4 teacher Ben Wicling and additional support in make-up, props and the programme by Tabitha Michelin, Jennifer Strachan, Claire Bale, Anne Lee and Arabella Michelin.

Prep School Headmistress Laura Turner said: “I was completely blown away by the performance. All our Year 3 and 4 children were absolute stars and put on a truly amazing show. I, like most of the audience, left beaming from ear to ear.
“A show like this is a team effort and, as well as congratulating Miss White and her production team, we must also say a big thank you to the parents for providing the children with their superb costumes.”