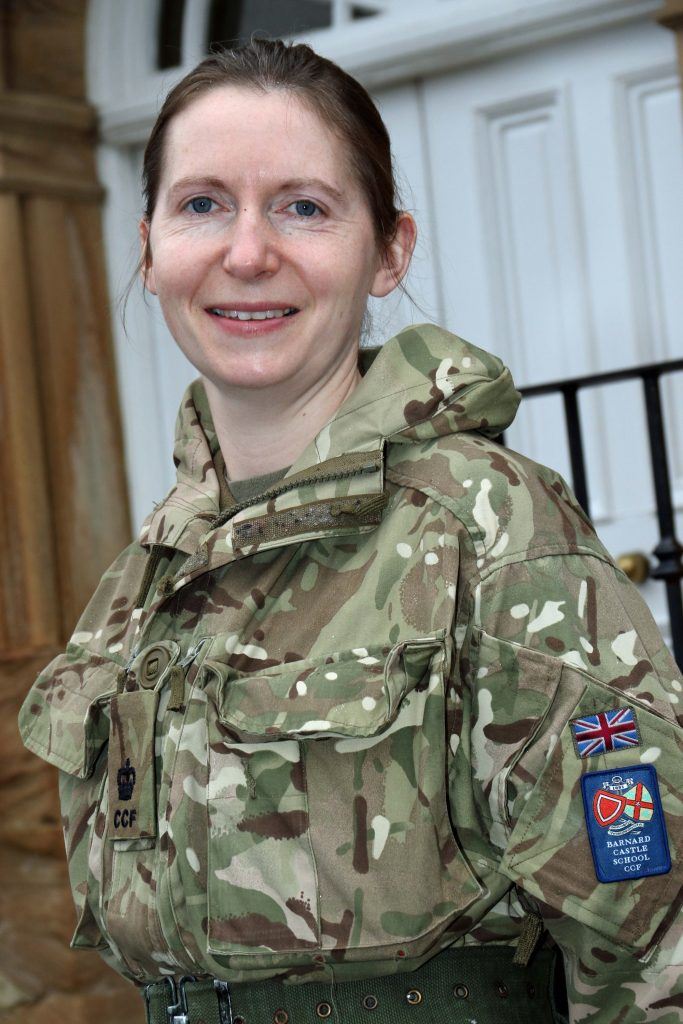 A CADET force commander has been rewarded for going beyond the call of duty.
Barnard Castle School teacher and contingent commander with the Combined Cadet Force Caroline Connor has been awarded the Lord Lieutenant Certificate of Meritorious Service.
The major was presented with the accolade by Durham’s Lord Lieutenant Sue Snowdon at a special ceremony at Aycliffe Armoury.
Major Connor was nominated for the award by Barnard Castle School headmaster Alan Stevens.

A biology teacher, she has served in the Barnard Castle School Combined Cadet Force as Contingent Commander since she joined the school.
Major Connor spent three years in Liverpool University’s Officer Training Corps where she won best officer cadet in 1997. She then joined 96 Signals Squadron (TA) while working at Bablake School in Coventry before setting up the school’s first CCF contingent in 2002.
She also ran the Duke of Edinburgh Award scheme at bronze, silver and gold levels, co-ordinating training and running expeditions and was selected to be The Duke of Edinburgh’s Equerry at a Gold Duke of Edinburgh Award ceremony at St James’s Palace.

Major Connor currently leads a contingent with both Army and RAF sections, planning annual camps and adventure training exercises as well as range days and field training days.
She has actively pursued military and adventure training in the UK, Germany and USA and overseen a partnership between Barnard Castle School CCF and a local academy.
Mr Stevens said: “Major Connor goes way beyond the call of duty both in the classroom and the CCF, offering students a bounty of rich learning opportunities. She thoroughly deserves this recognition.”
Major Connor added: “I just love seeing cadets develop a host of life skills so was overwhelmed by this award.
“Our contingent is going from strength to strength with 160 cadets on the roll and with plans to start recruiting from Year 9. CCF also allows our lower sixth to gain a BTEC Level 2 qualification in teamwork and personal development in the community and take part in shooting competitions and exercises.”