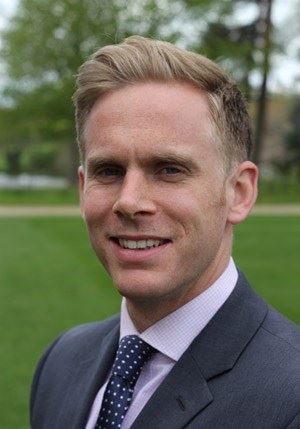 A high-achieving academic with a formidable reputation as a linguist, sportsman and actor is to be the new Head of Sixth Form at Barnard Castle School.
David Cresswell, who studied Modern Foreign Languages to Masters level at Oxford University, is joining from Radley College, in Oxfordshire, one of the country’s leading public schools for boys.
He was captain of the Oxford University hockey team and played in the German Bundesliga, as well as acting in the university dramatic society alongside Oscar nominee Felicity Jones and Dr Who and Game of Thrones star Harry Lloyd, the great-great-great grandson of Charles Dickens.
Based in Barnard Castle School’s new Sixth Form Centre, Mr Cresswell will oversee the monitoring of pupils’ academic performance, university and future destination choices, lecture programme and leadership opportunities, together with the extensive activities programme, which includes coaching in public speaking, interview and social skills development.
Mr Cresswell, 31, said: “I’m absolutely brimming with enthusiasm and can’t wait to get to Barney.
“My favourite part of the interview process was giving a presentation to ten lower sixth pupils. I was impressed by their energetic approach and it was great to meet them and hear their thoughts.
“I got a strong sense of the community and friendly atmosphere, not just in the sixth form centre but in the whole school and beyond in Barnard Castle.
“I intend to continue the great work that’s been done by my predecessor Mr Butler in developing a first class sixth form study and social centre and ultimately want to ensure that we have the very best sixth form in the North East. From what I’ve seen so far, every Barnard Castle student should have the highest expectations of themselves and the school.”
Mr Cresswell is currently Head of German and was a Deputy Housemaster at Radley, where he has worked for seven years. He will continue to teach languages at Barnard Castle and use his qualifications and talent as a hockey and tennis coach.
Born in Germany where his father was a British diplomat, he was educated at Cranleigh School, in Surrey, where he returned to teach drama and languages after Oxford and a year at university in Berlin.
He coached Cranleigh to the national hockey title and, as a player, won both indoor and outdoor premiership titles with East Grinstead Hockey Club.
“Barney girls have a great reputation for hockey, so I’m looking forward to working with them in pre-season training in the summer, and helping to develop the sport still further for boys,” he added.
Mr Cresswell is moving north with his Scottish wife Aynsley, who is a GP.