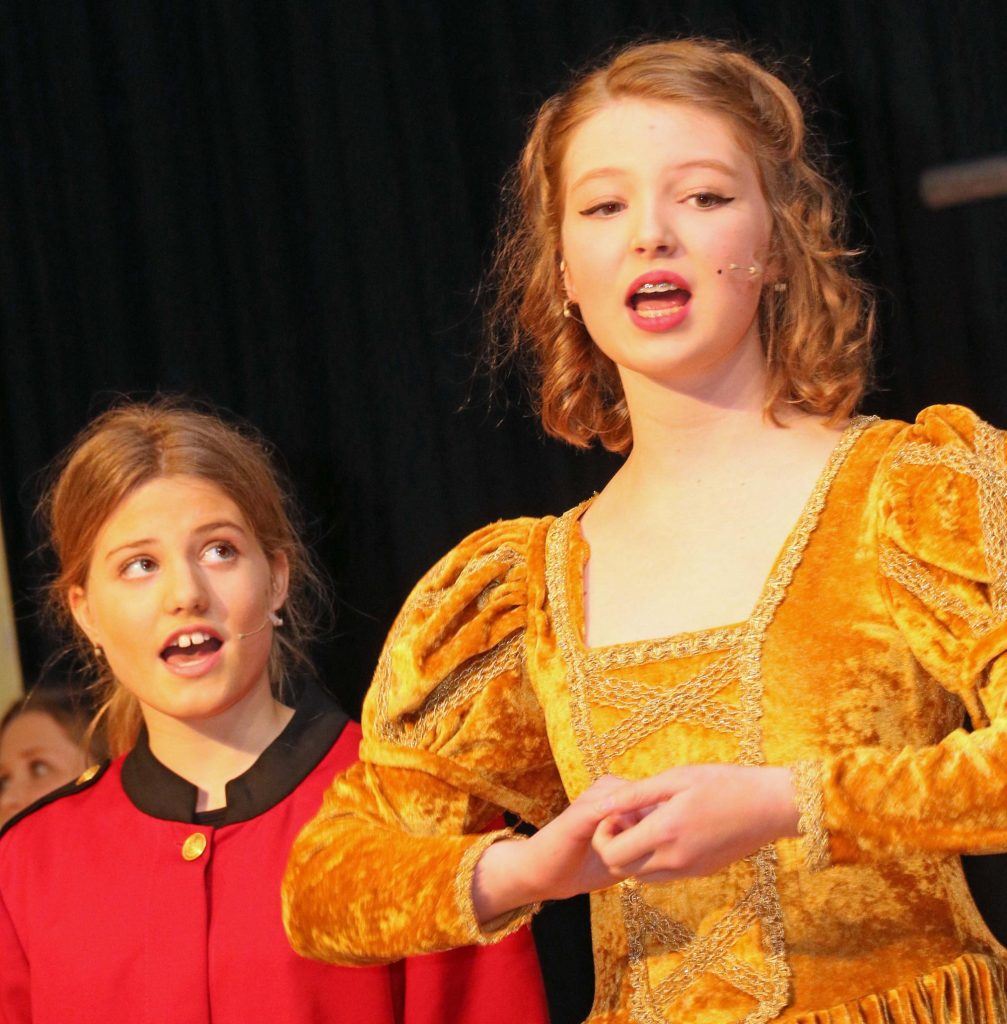 BUDDING thespians won high praise for tackling one of the most challenging musicals on the stage.
A 20-strong cast and seven technical crew at Barnard Castle School staged a three-night show to remember with their ambitious adaptation of Kiss Me, Kate.
Packed houses witnessed the fruits of their five months of labour as they tackled Cole Porter’s homage to Shakespeare’s The Taming of the Shrew.
A celebration of the joy and madness of working in theatre, the musical is set in 1940s Baltimore, featuring the tempestuous love lives of actor-manager Fred Graham and his leading lady and ex-wife Lilli Vanessi.
Rehearsals began in October for the junior musical challenging students to learn countless lines, songs and dance routines for a two-hour funny and farcical battle of the sexes.
Director Katie Harpin-Lawrence said: “It is such a difficult production with an incredible amount to learn and they all did an amazing job.
“We also had a fairly junior student technical crew working with us this time, something which I feel is terribly important with the technical director, sixth form student Oliver Morrill, leaving at the end of this year. We needed some new blood who were capable and, more importantly, confident and they coped tremendously well.”
Lead characters were played by Emily Kelly, Joe Johnston, Evie Brenkley and Max Myhan.
Musical director Simon Dearsley said: “It is hard to believe that the cast are of junior and intermediate age. It was difficult to choose who would play the different roles as the whole ensemble is so skilled and enthusiastic.”