Home » News » In a league of their own 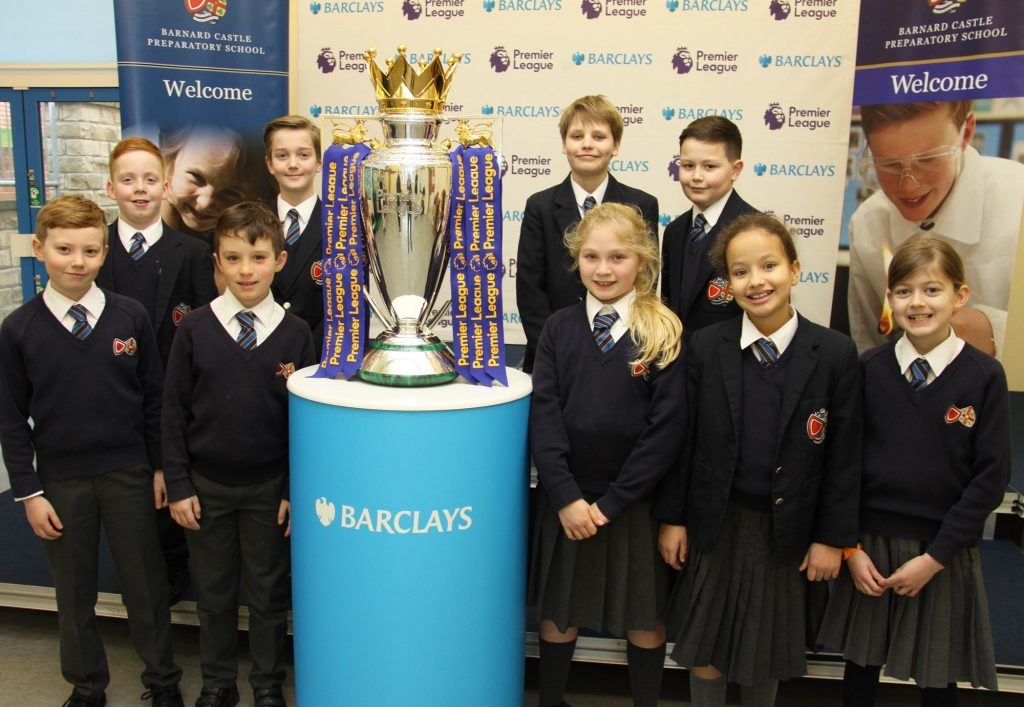 In a league of their own

Children felt on top of the league when a famous footballing trophy visited their school.
Pupils at Barnard Castle Preparatory School lined up to have their pictures taken with the Premier League trophy, some sporting the shirt of their favourite team.
Watched over by two security guards, the solid silver and gold plated trophy was mounted on a plinth in the school hall as children, staff and parents streamed in to view it during its morning visit, which was organised by Prep School dad Ian Rutherford.
Standing 74cm tall, the trophy is engraved with the names of the teams that have won it since the 1992/3 season, including Manchester United who have lifted it 13 times.
It was won last season by Leicester City, who have a replica for their trophy room.
The trophy comes in three sections with the silver and malachite base – chosen to represent the green grass of playing pitches – the heaviest part at 10kg.
The children learned that it took London maker Asprey six months to craft the trophy and it has visited many places, including an oil rig off Norway.
Never allowed to be out of sight of security personnel who have it handle it wearing white gloves, it even gets its own seat on aeroplanes.
Prep School headmistress Laura Turner said: “The children have seen the trophy on television so there was great excitement as they got to see it up close.
“They were very interested to hear all about it and asked lots of questions. We’re very grateful to Mr Rutherford and Barclays for arranging the visit.”