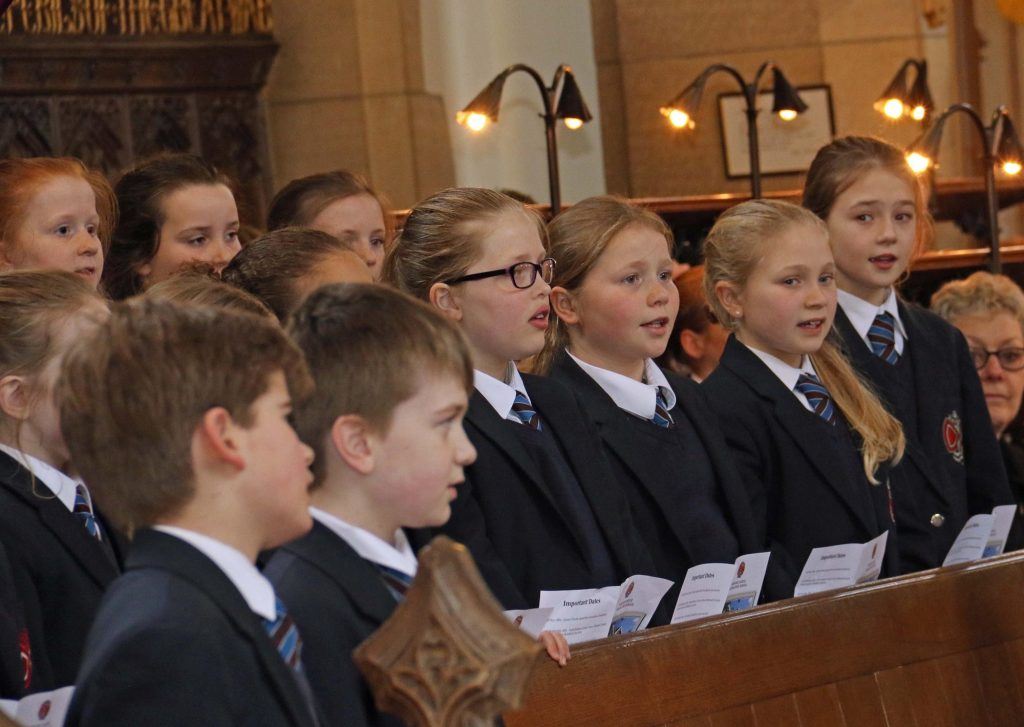 PUPILS have remembered and given thanks for the men who laid the foundations for their school more than 130 years ago.
Barnard Castle School held two Founders’ Day Services of Thanksgiving in the school chapel to honour Sir John Balliol and Benjamin Flounders whose separate legacies were combined to fund the school in 1883.
The annual services bring together staff, pupils, parents and friends of the Senior School and Prep School to remember the founders, benefactors and all those who have given time, money and effort in the development of the school.
Father Darren Moore, the school’s chaplain, led the Prep School service saying: “This is a very special service which happens once a year and is a wonderful time for looking back and giving thanks, and looking ahead to the future.
“Over decades this school has celebrated study and the perseverance and creativity of human beings in art, science and sport. We thank those who have given generously of their time and resources to continue its work through the years.”
Readings and prayers were led by pupils Charlie Thompson, Daisy Wilson, Poppy Barlow and Samuel Banner.
Prep School deputy head Nick Seddon, speaking at his last Founders’ Day Service before retiring, gave a presentation about the development of the school for younger children, which opened in 1914.
Having started with just a handful of boys in one class, the Prep School now has 200 children aged four-11 across 14 classes with more than 20 teachers.
The facilities too have expanded with most recent additions being the Centenary Building comprising two new classrooms and a reading area, a dedicated science laboratory and science garden, an AstroTurf pitch, outdoor theatre and storyteller chair, and new playground equipment for Pre-Prep.
The school also has a junior boarding house providing full, flexi and occasional boarding for younger pupils.