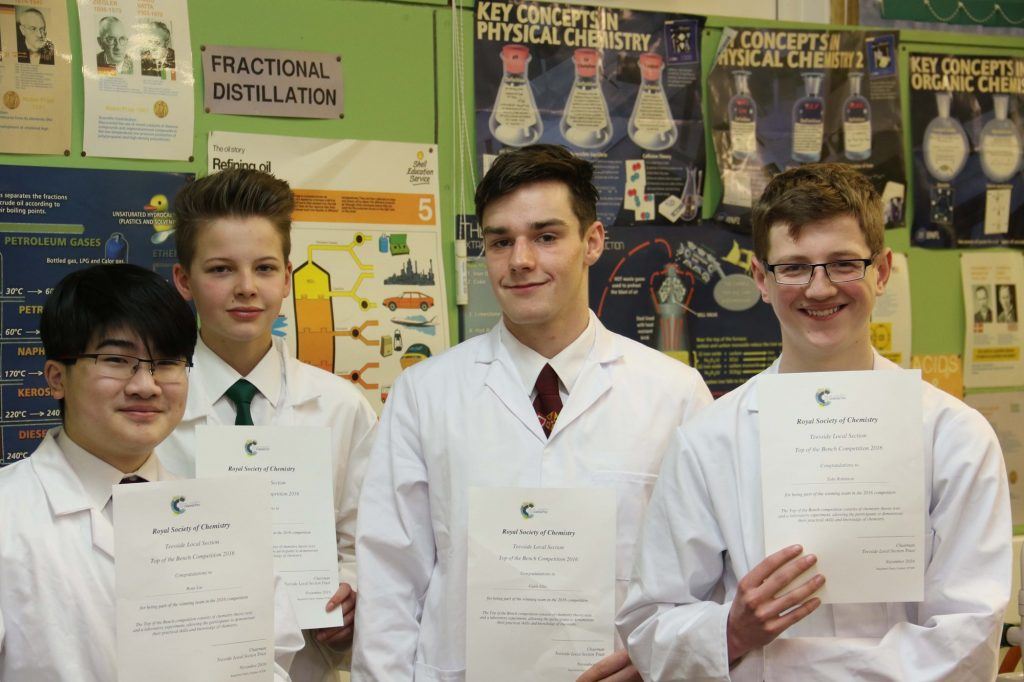 YOUNG chemists hit upon a winning formula in a national contest designed to promote science.
Pupils from Barnard Castle School secured a place for the fourth time in the national final of Top of the Bench, organised by the Royal Society of Chemistry.
Toby Robinson, 15, of Hudswell, near Richmond, Ryan Liu, 14, of Bishop Auckland, Caleb Ellis, 16, of Dalton and Joe Roff, 14, of Gainford, pitted their molecular minds against the best chemists in the region.
Held at Teesside University, the regional heat saw the lead change several time in rounds covering practical lab work, guess the element and true and false questions.
But the Barney boys turned up the heat in the final buzzer round with an emphatic performance pulling clear of the other six teams.
For the fourth time in the past seven years, Barnard Castle School will now field a team in the national final.
Barney students have already started brushing up on their knowledge preparing for the final, due to be held at Loughborough University after Easter, where they will battle 19 other teams.
Caleb said: “We didn’t know what to expect when we took part in the regional heat and it was challenging. But we soon settled in and in the final round we were the fastest because it related to what we have been studying this year.”
Chemistry teacher Ian Butterfield said: “They performed well throughout against some good opposition. But in the final round the boys were incredibly impressive often anticipating questions on the first word, buzzing and answering correctly.”