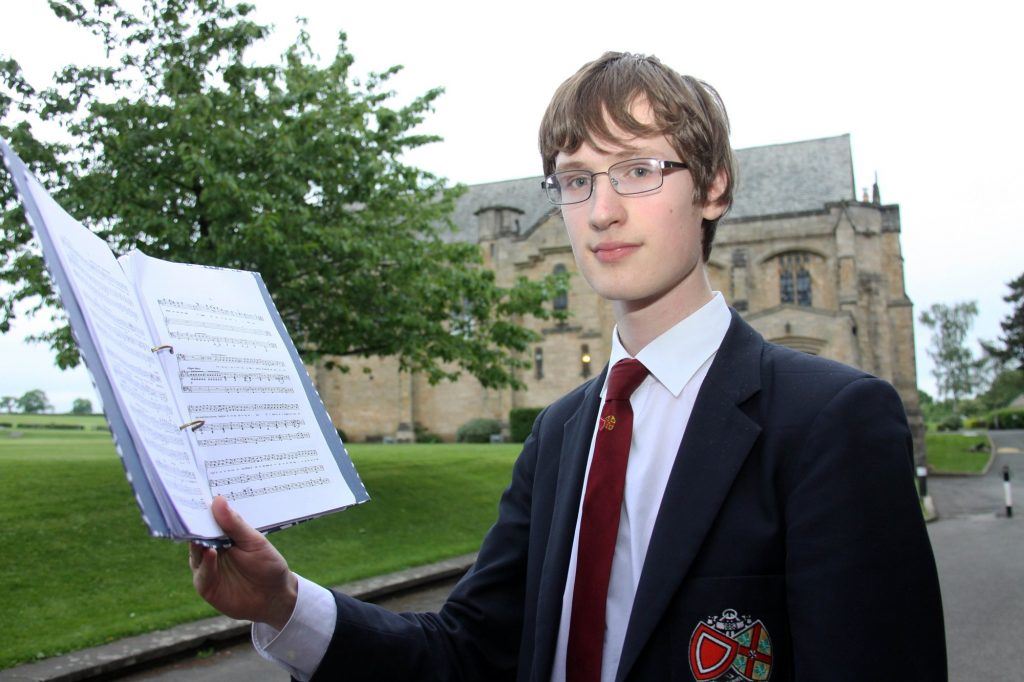 Music honours for teacher and student

A student and teacher from Barnard Castle School are to share their talent and experience at two prestigious events.
Dr Robin Harrison, director of music at the Prep School, has been invited to speak at the Royal Academy of Music aural symposium in London in April.
Dr Harrison will join music educationalists from the United States and Germany at the round table research event.
It is designed to open up debate into a wide spectrum of views on the nature, purpose and content of aural skills pedagogy, which is the backbone of much of the instrumental, vocal and compositional training in university and college music.
Meanwhile, Nicholas Mackay, a sixth former at Barnard Castle School, will perform in a concert to mark the 21st anniversary of the Samling Artist Programme, at Sage Gateshead.
Last year Nicholas was selected for a sought-after place in Samling Academy, which is developing the next generation of classical singers in the North East through intensive workshops culminating in a public concert.
The Samling Coming of Age Gala: A Night at the Viennese Opera, directed by Sir Thomas Allan and conducted by Nicholas Chalmers with the Royal Northern Sinfonia, takes place on February 17.
Nicholas will sing three pieces with the Samling Academy Chorus, two by Lehar and a third by Strauss, as well as an encore with Sir Thomas.
A member of Barnard Castle Choral Society, Nicholas has sung in the Barnard Castle School choir since joining the school in Year 7 and began having singing lessons in Year 8. He is combining his singing with A Levels in maths, further maths, chemistry, biology and German and is aiming to read chemical engineering at university next year.
Simon Dearsley, director of music at Barnard Castle School, said: “The invitation to Dr Harrison and Nicholas’s selection to Samling Academy are both prestigious honours and we’re delighted that their respective expertise and talent have been recognised in this way.”
Samling Academy s founded in 2012 to fill a geographical gap between Manchester and Glasgow where there is no conservatoire offering high level, performance-based opportunities for young singers aged 14-21.