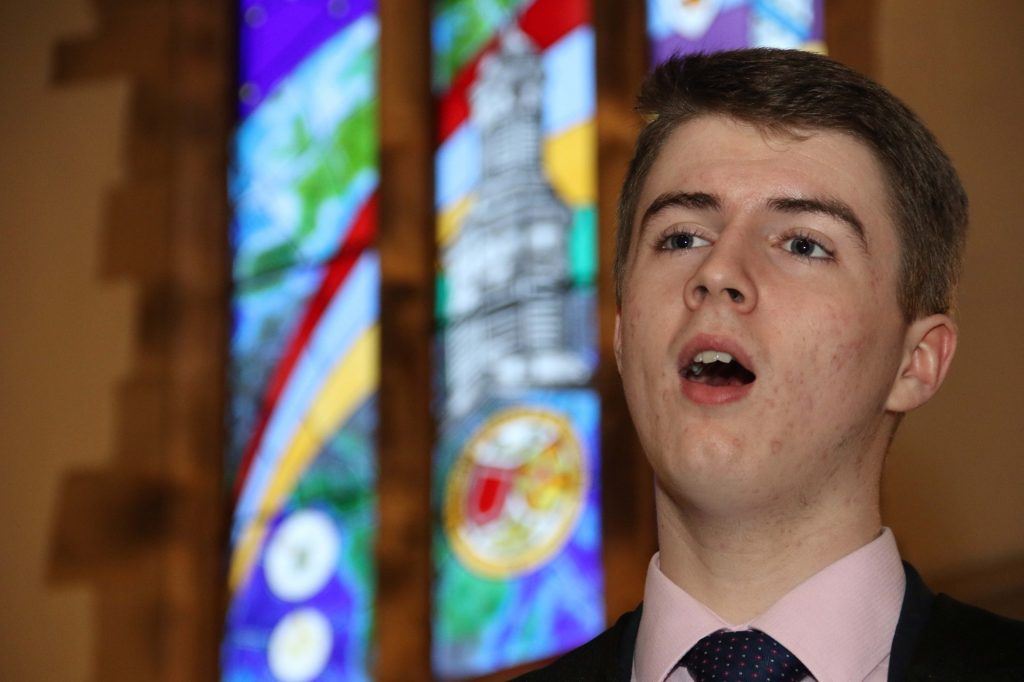 A CHORISTER’S singing career has reached a crescendo after securing a prestigious scholarship with a cathedral.
Barnard Castle School sixth former Sam Farquhar has been awarded a choral scholarship at Newcastle Cathedral.
A boarding student from Durham, Sam is a central figure in the school choir, which has been performing recently to packed audiences at the Bowes Museum and the School Chapel. The tenor will also sing Evensong in Durham Cathedral on February 27.
“I have been interested in securing a scholarship for a long time and have also been offered a place to read linguistics at Newcastle University,” the 17-year-old said.
“I was invited to meet the cathedral’s director of music and thought I was just going for a chat. I ended up singing and he offered me the scholarship there and then, which was great. It takes a great deal of weight off my shoulders and I’m looking forward to taking part in several services a week.
“I sing better in the evening and the meeting was in the morning, so I was surprised it went so well. Having the scholarship will certainly encourage me to work even harder to achieve the A grades I need for university.
“I am considering careers in either teaching or journalism but, whichever I choose, music will remain an important part of my life.”
Headmaster Alan Stevens said: “Sam is a prodigious talent who works hard in all aspects of school life, whether that is his performing, sport or his academic studies. His achievements so far make him an invaluable role model for all of our students and the scholarship is just reward for his efforts.”