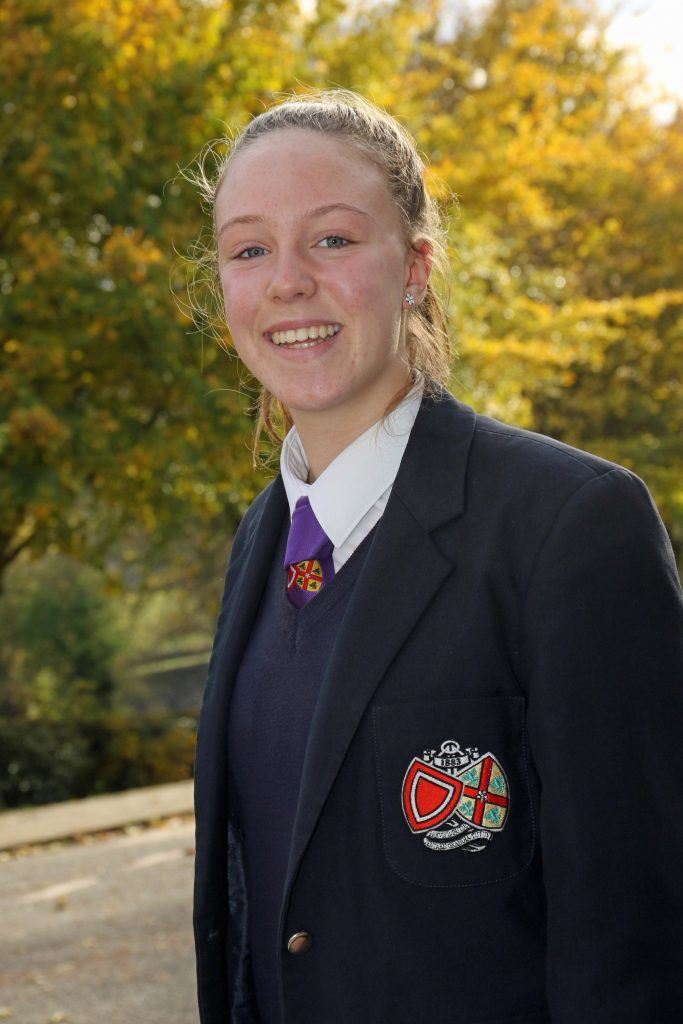 A BUDDING actor is celebrating her success after her second red carpet event of her career.
Barnard Castle School student Amelia Oates was invited to rub shoulders with celebrities at the Empire Film Festival, Leicester Square, after helping to write and produce an award winning short film.
The 14-year-old, of Ingleton, attends the Pauline Quirke Academy, which is based at the Education Village, Darlington.
Amelia was among a group of nine teenagers who wrote, directed and produced a short film, Refuge, the harrowing tale of a young refugee who loses her brother on the arduous journey to Europe.
The film won a regional prize before taking the outstanding achievement award at the PQA Film Festival, where they met celebrated actress Pauline Quirke. It can now be seen on YouTube at PQA Darlington, Refuge.
Amelia hopes one day to become a professional film, television and stage actor fulfilling a dream she has had since she was three-years-old.
She said: “I remember saying to my mum ‘when I’m a big girl, I want to sing and dance in the middle of the stage so everyone can see me’.
“The festival was amazing, particularly the red carpet, being interviewed and meeting Pauline Quirke. It has given me a real taste for the industry.”
Barnard Castle School’s director of music Simon Dearsley said: “Amelia is very talented, a Grade 5 flautist and an important part of the school’s next production, Kiss Me Kate.
“Outside school she is dedicated to her acting and I am thrilled with her recent success which I know inspires her fellow classmates.”
Since the death of three-year-old Syrian boy Aylan Kudi, whose body was washed up on a Turkish beach, an average of two children a day die making the hazardous trip to Europe.
PQA Darlington principal Laura Lonsdale said: “Amelia and her fellow students understood and empathised with a tragic situation creating a beautiful, deeply emotional and heart-rending film.
“Amelia’s portrayal of an archetypal bossy older sister is a great opening to the film. Not only did Amelia show her wonderful acting skills, she helped write, suggest ideas for sound and proposed camera angles and shots. She is a delight and pleasure to work with.”