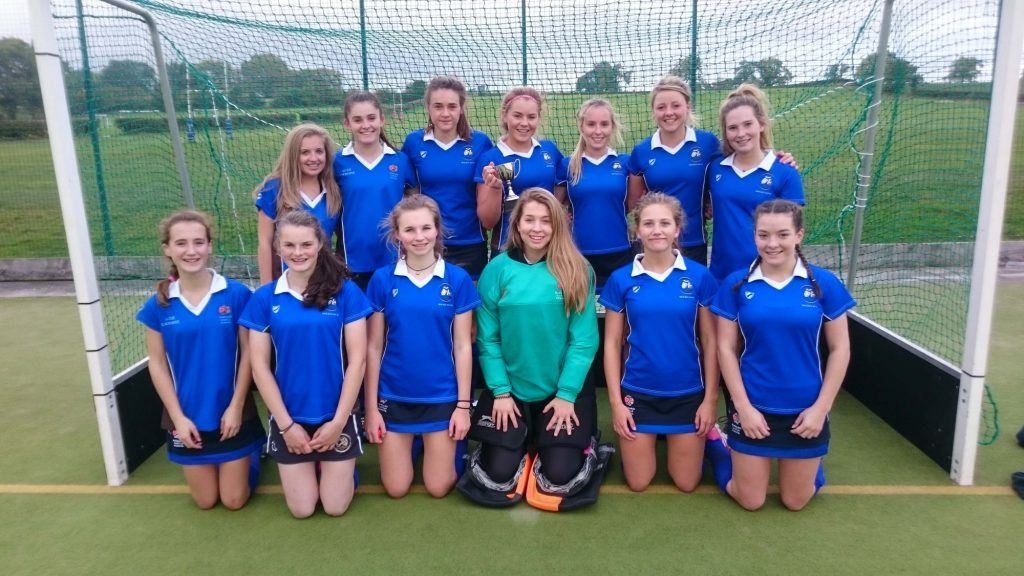 HOCKEY heroes are upping sticks and heading to glory after clinching a trio of wins.
Barnard Castle School under 14s hockey team is set to represent Durham County in the England Hockey Schoolgirls’ National Cup after securing victory in the County Cup.
Claiming wins over both Durham School and Durham High School, the team will now play in the north semi-finals at Pocklington.
The team comprises Emily Kelly, Maise Lickrish, Emelia-Rose Rowlandson, Katie Baxter, Liberty Helyer, Tabitha Cockerill, Melissa Saunders, Zara Gilbert, Heidi Warren, Niamh Robinson, Hannah Frankland, Alexa Waiter-Westgarth and Holly Riddell.
Head of hockey at Barnard Castle School Chris Gregory said: “I thought the girls worked very hard for each other and due to that great team ethos fully deserved both their victories.
“Tabitha Cockerill was an outstanding player, dominating from centre midfield with her ball carrying skills and passing. She was the person that made the difference in the crunch game against Durham School by pushing higher up the pitch to score the winner with just five minutes to go.”
There was further cause for celebrations after Barnard Castle School’s under 16 team was victorious in the U16 County Championships beating Durham High 1-0 and Durham School 2-0.
They will also qualify for the north semi-finals and will compete at Leeds University.
The U18 team chalked up yet another win against Durham School in the U18 County Cup final after a nail biting penalty flick competition which saw team captain Isla Hewitson step up to score the decisive penalty seeing the team safely through to the north semis at Pocklington.
“I can’t remember the last time, if at all, that we have held all three of the senior county cups,” added Mr Gregory.
“For all of our under 14, under 16 and under 18 teams this is great achievement.”