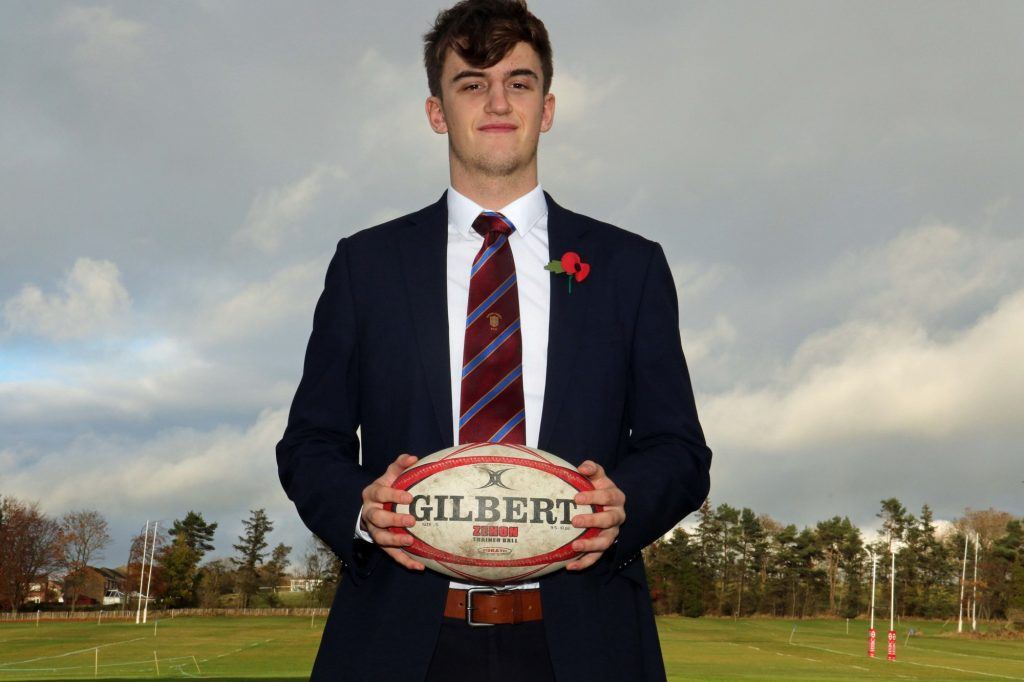 A TALENTED rugby player has been called up to serve his country as he pursues his dreams of turning professional.
Barnard Castle School sixth former Josh Gray was invited to train with the England U18 elite pathway squad, a prestigious landmark in his sporting career.
The 17-year-old, of Bishop Auckland, joined the squad over the half term holiday. For two days last week he also trained in Leeds honing his skills as a No8.
Josh has been part of the Newcastle Falcons Academy since he was 14, is interim captain of Barnard Castle School first XV and has his eyes firmly set on the rugby premiership, following in the footsteps of his brother Alex, who plays for Leeds Carnegie and is a former World 7s Player of the Year.
He said: “Training at this level is a huge step up and will be of enormous benefit to my game. School has a long reputation of producing rugby internationals and I am proud to be associated with such achievements.”
Headmaster Alan Stevens added: “We are delighted that Josh’s skills have been recognised and that he is now able to train with the elite pathway squad.
“It is an important step for him in fulfilling his ambitions, but it also makes him a great role model for our students who will be able to see what can be achieved with hard work and dedication.”