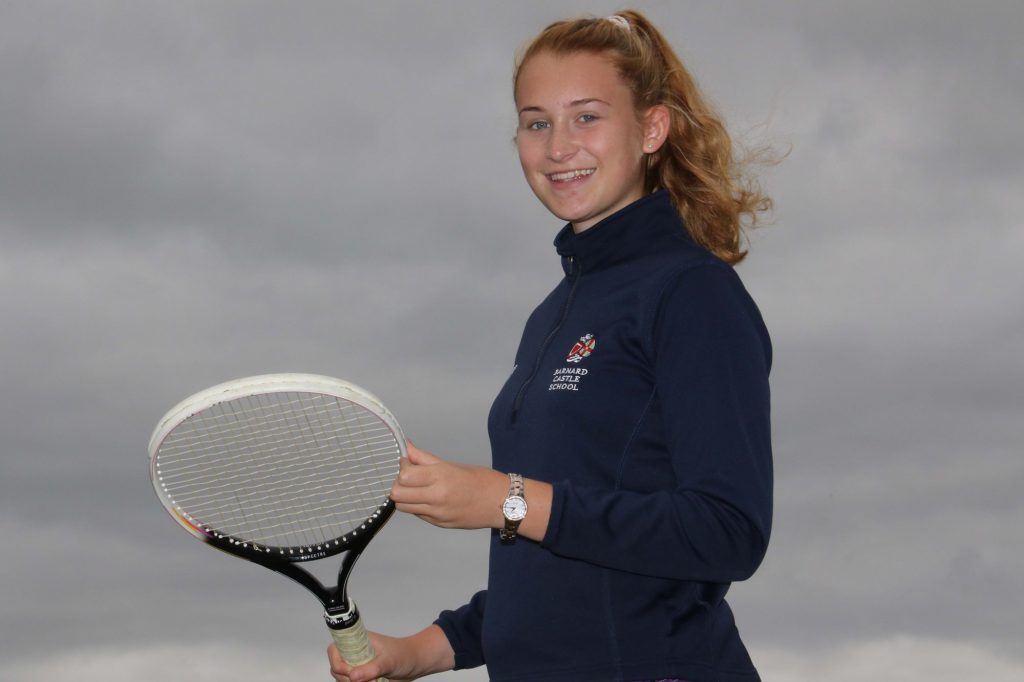 A YOUNG athlete is proving to be a smash hit on the tennis circuit after winning two tournaments on the same day.
Barnard Castle School Year 9 student Ellie Tweddle took the honours at Yarm Tennis Club only to follow it up swiftly a few hours later with a win at Wellfield Tennis Club.
“I was a bit tired but the next day I also heard I had got into the County Netball Squad, so it was a great couple of days of sport,” said the 13-year-old, of Darlington, who secured a Year 9 sports scholarship for commitment to sport.
Ellie began playing tennis when she was just four, encouraged by her parents who also play. Other recent successes include the Blackwell Lawn Tennis Club title, the U16 Durham and Cleveland Open and Tennis World U16 singles titles.
A member of the Durham and Cleveland County Development Squad, she was also runner-up in the Hull Open and Teesside Open thanks to a powerful serve, forehand and base game.
She said: “Wimbledon would be the dream but I enjoy sport and just want to play for as long as I can.”
Ellie plays goal defence for Grange Town Netball Club and for the second year running has completed trials to be selected for the county squad.
“I want to keep playing both sports and reach the highest standards I possibly can,” she said.
Headmaster Alan Stevens said: “Ellie is a fantastic example of the great all-rounder as she also performs at a very high level academically and makes the most of every opportunity offered at Barnard Castle School.”