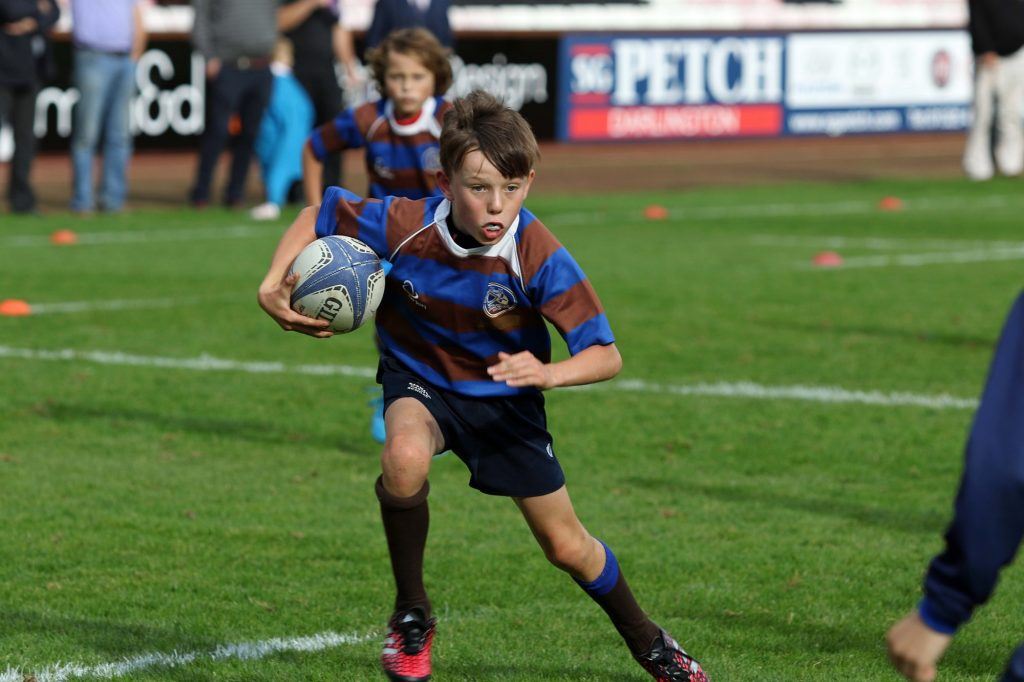 U11s get taste of stadium stardom

Young players got their first taste of arena rugby as they kick-started a new season of sports fixtures.
The U11 squad from Barnard Castle Preparatory School made their debut at The Northern Echo Arena, in Darlington, home of Mowden Park RFC, in a mini tournament.
Teams from Aysgarth School and Cundall Manor, from North Yorkshire, also took part in shortened games played across the pitch.
The U13s team faced the same opposition, as well as Dame Allan’s School, from Newcastle, in the after-school matches, supported by a strong contingent of parents, siblings and staff.
Later in the evening Barnard Castle School’s 1st XV were in action, beating Dame Allan’s 40-7.
Preparatory School headmistress Laura Turner said: “This was the first time our U11s had played matches at the arena, which was an amazing experience for them.
“They rose to the occasion fantastically well, showing great determination, teamwork, skill and sportsmanship, all of which bodes very well for the future.”