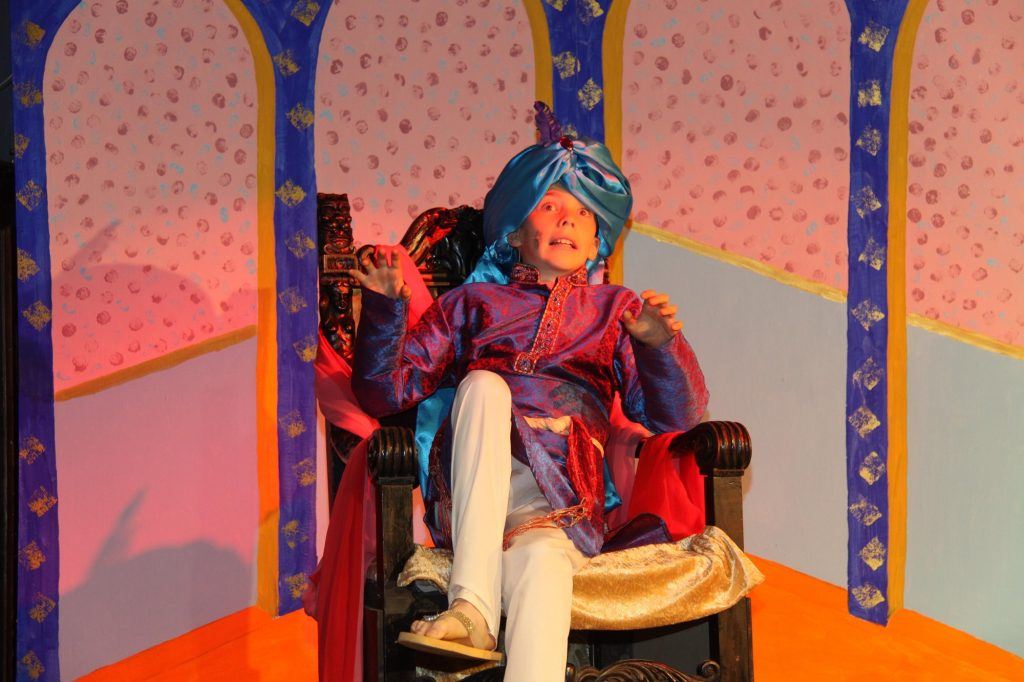 AUDIENCES were left ‘sheikhing’ with laughter at the antics of bungling bandits and a sulky sultan when a school’s older pupils took to the stage.
The annual production is one of the highlights of the year for Year 5 and 6 children at Barnard Castle Preparatory School as it is staged with professional sound, lighting and effects in the nearby senior school hall with a live band led by Dr Robin Harrison.
This year’s two-night run of Ali Baba and the Bongo Bandits saw the hall transformed into a Baghdad bazaar, a desert hideout and a royal palace as the 90-strong cast told the story of Sultan Pepper, played by Theo Truss, and his daughter Satsuma, played by Grace Robinson, who wants to escape from regal confinement.
The theft of the royal ruby, capture and escape and a flight on a magic carpet follow with characters including a genie played by Mathew Kerr, a robber band led by Jacob Oliver as Bongo and a ravenous camel played by Thomas Forster and Joe Bale, as well as Ali Baba, played by Benjamin Wilson and his mum Flossie, played by Emma Hardy.
Other main roles in the sell-out shows, which played to audiences of 180 parents, family and friends each night, were taken by Harry Rickard as Alakazam, Otik Gray as Booboo the Monkey Lois Falshaw as Mustapha Widdle, Oliver Harwood as Dusty and James Stephenson as Sandy.
Lois, 11, of Egglestone Abbey, said: “My character is mean and grumpy, but also quite funny, which is actually good to play.”
Director and Year 6 teacher Rebecca Robertson cast the production about five weeks ago and pupils worked hard on their lines, songs and choreography during lunch breaks and after school.
Mrs Robertson said: “It was a great script by Craig Hawes with a good mix of humour and action, characters that the pupils really enjoyed playing and lots of jokes for both children and adults.
“Our Y5 and 6 production is one of the big projects of the year and the children did a great job. We’d also like to thank all the parents for supplying some fabulous costumes, the art club for the props and everyone else who helped.”
After the shows, the audience enjoyed refreshments in school’s new sixth form and function centre.