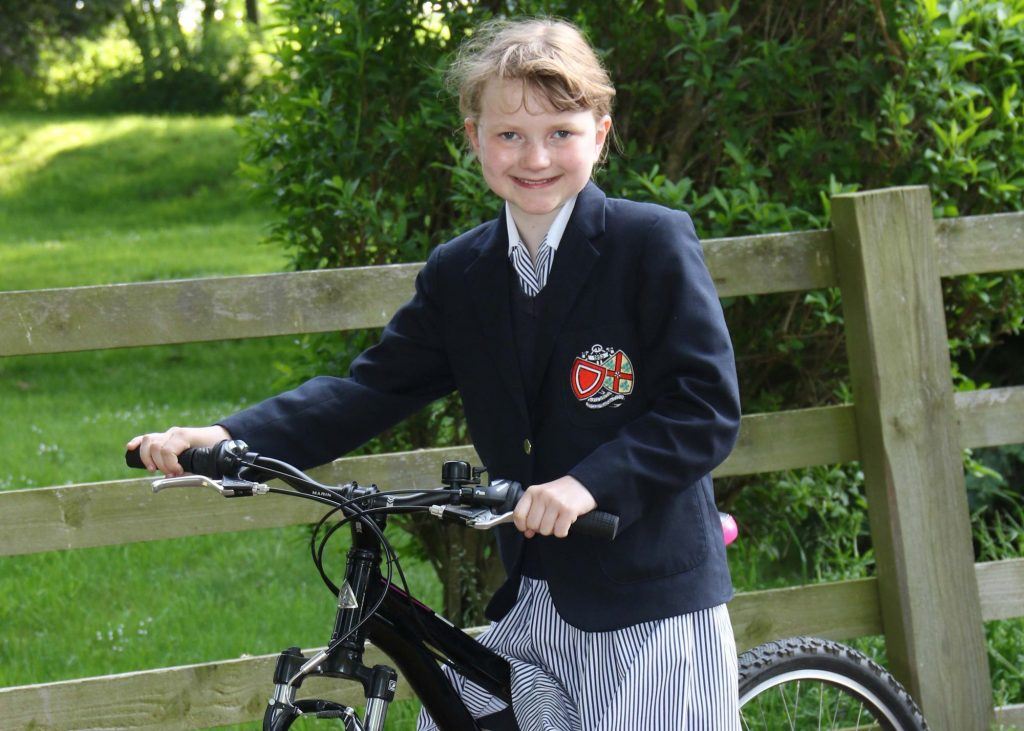 A YOUNG cyclist’s fundraising reached new heights after a Highlands ride raised thousands of pounds for charity.
Barnard Castle Preparatory School pupil Tally Hayward tackled a gruelling 75-mile off-road trek in a seldom-seen Scottish heatwave.
The Great Glen Way took her and her father Julian from Inverness to Fort William, a challenging ride involving 4,500ft of climb through the mountains of Scotland.
They tackled the three-day endurance race in aid of Canine Partners for Independence, a charity that buys and trains puppies to help people with disabilities.
Tally decided to ride for charity after being inspired by her cousin Connor, who took part in a one-mile open water swim in South Africa.
She and her father Julian went to Scotland prepared for bad weather, with full survival kits, only to be faced with glorious conditions and 23 degrees C of heat.
“The first day was so steep that we only managed 19 miles and 21 on the second day,” said Tally, nine, of Ovington, between Richmond and Barnard Castle.
“That left 35 miles for the final day but we managed it without so much as a puncture, which was great. I must admit that the best bits were beside the canal as it was lovely countryside and nice and flat.”
Tally’s fundraising effort has reached more than £1,000 which will be matched by Julian’s employer, Thomson Reuters Corporation, resulting in a total in excess of £2,000.
He said: “It was very warm so Tally did exceptionally well and we both really enjoyed the experience. I heard about Canine Partners while I was working in London and when I mentioned it to Tally she jumped at the chance of helping such a worthy cause.
“We should have raised enough to buy and help train a new assistance dog. They do such a great job of helping people living with disabilities.”
Barnard Castle Preparatory School headmistress Laura Turner said: “This is such a fantastic achievement and so typical of Tally to think of others and then get on her bike and do something about it.”
Anyone wanting to help can still donate through www.justgiving.com/fundraising/tally-hayward.